A secret in Santiago de Compostela, the route of the Sarela River

A secret in Santiago de Compostela, the route of the Sarela River

When we talk about Santiago de Compostela, the first thing that comes to our mind is its cathedral and everything that surrounds it. But not far from the historic center of the city and outdoors, we can enjoy a small paradise surrounded by nature.

We refer to the hiking route that accompanies the course of the Sarela River, a river walk among trees, old tannery factories and wooden bridges, which is still unknown to many people from Santiago de Compostela. 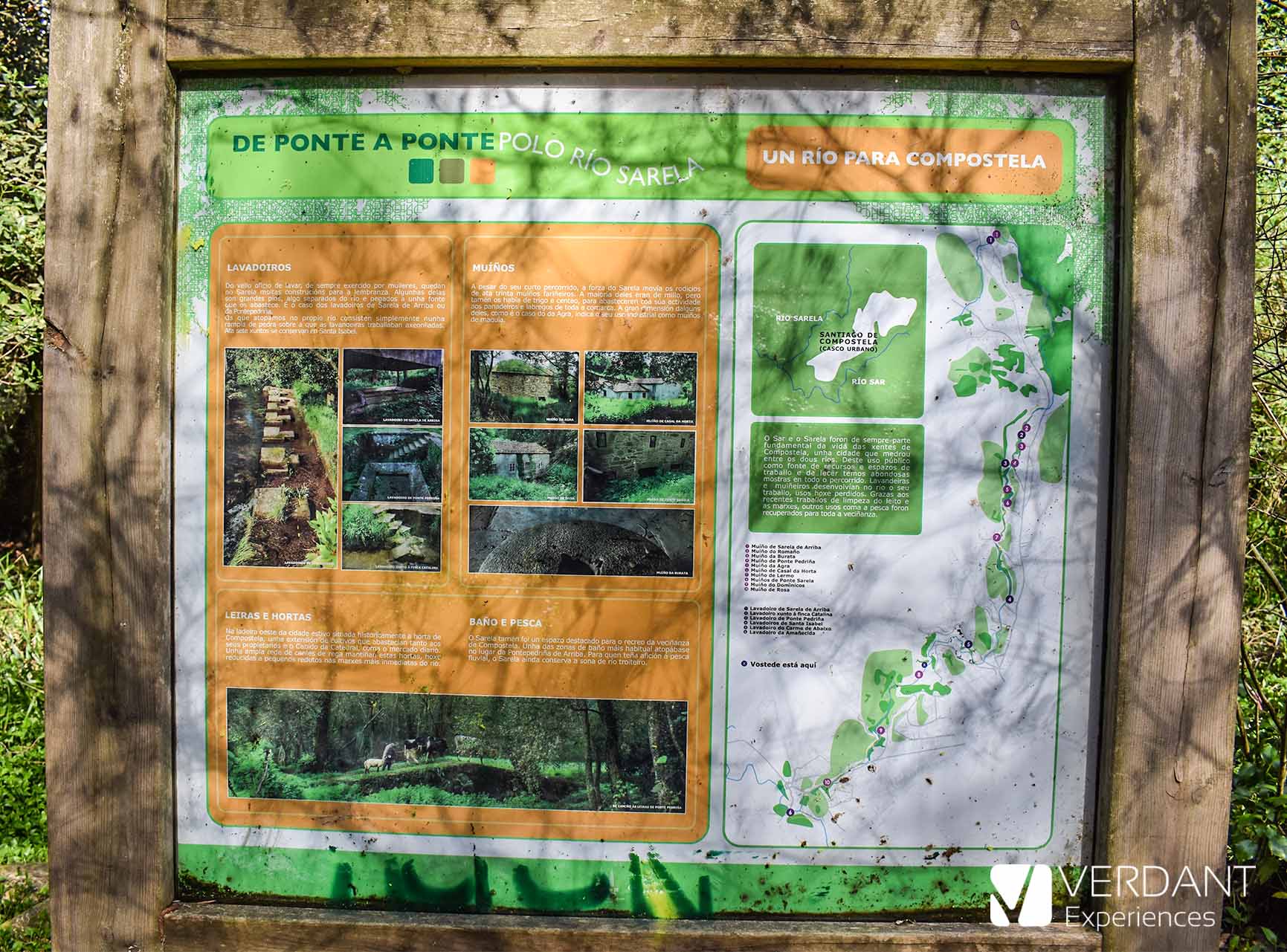 The complete route of about 10km goes from the "Romaño bridge" to the "A Amañecida" bridge, being this route known as the "De Ponte a Ponte polo Rio Sarela" ("From Bridge to Bridge by the Sarela River"), since we will find a bridge both at the beginning and at the end of the route. 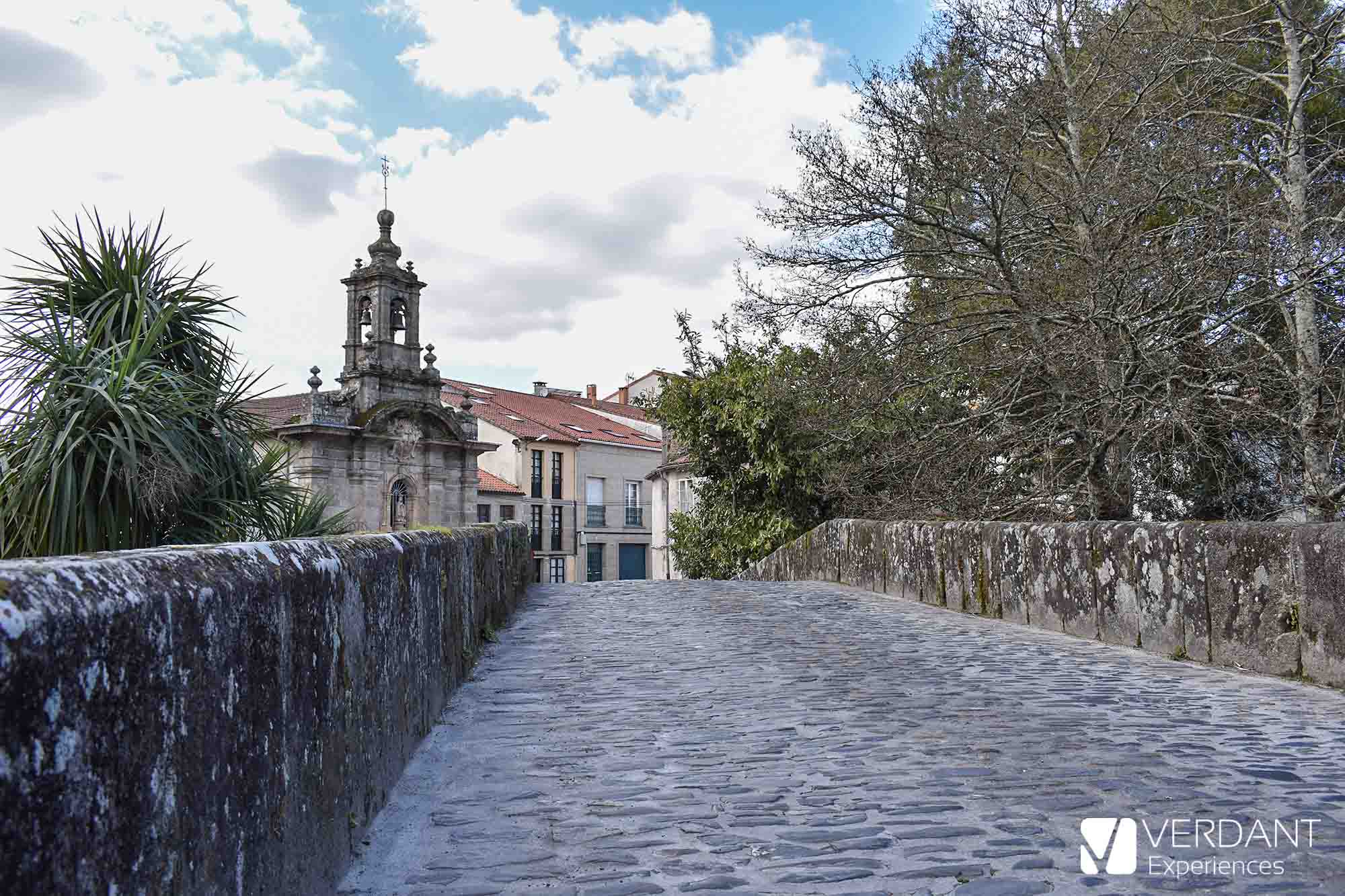 We are going to focus on the section closest to the historic center, starting the walk on the bridge known as “Puente del Carmen de Abajo” or “Puente del Arzobispo”. 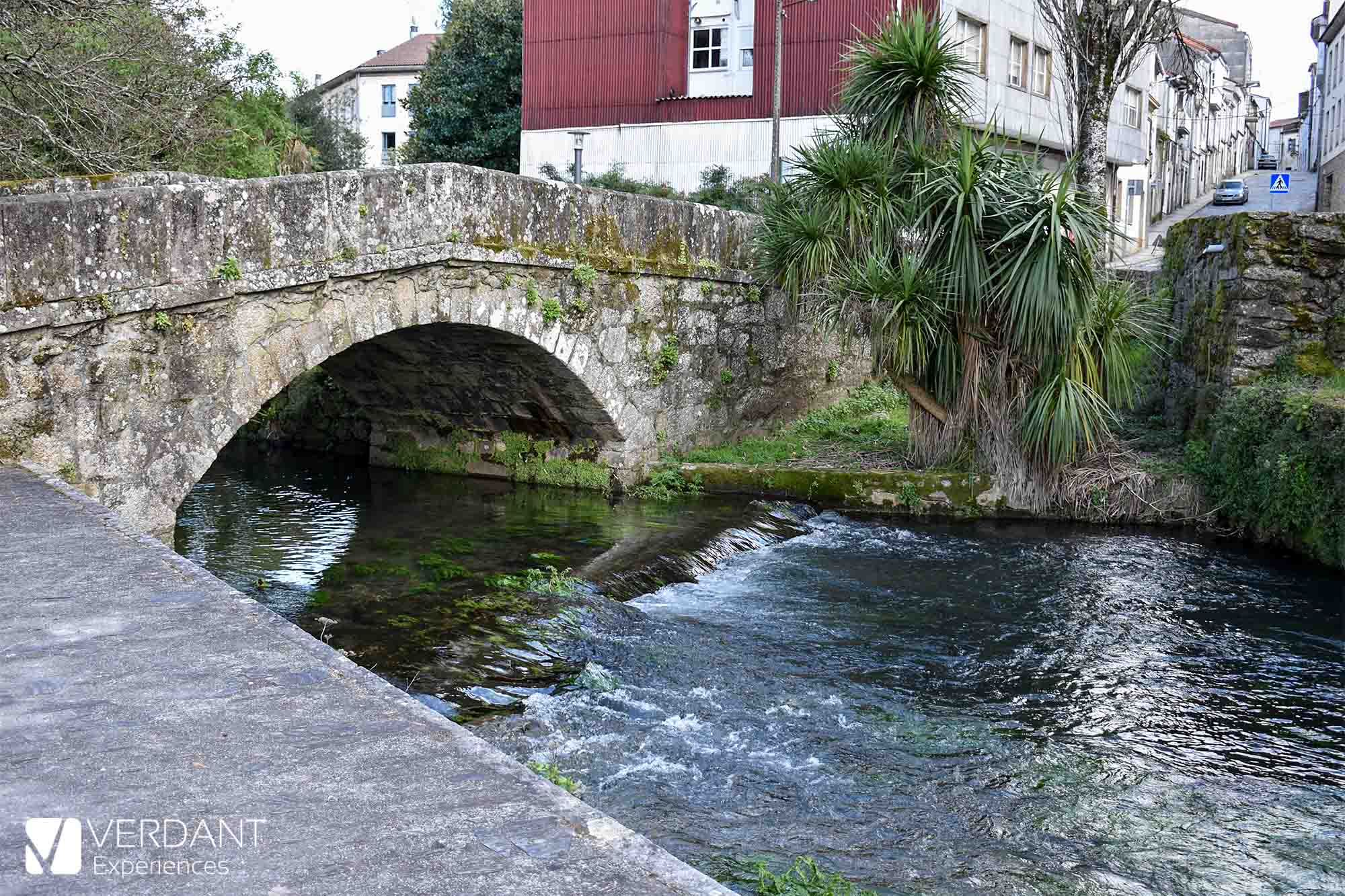 Once crossed the bridge we turn left to take the path that follows the course of the river. While we walk we leave behind the city to enter into a more rural and natural environment. 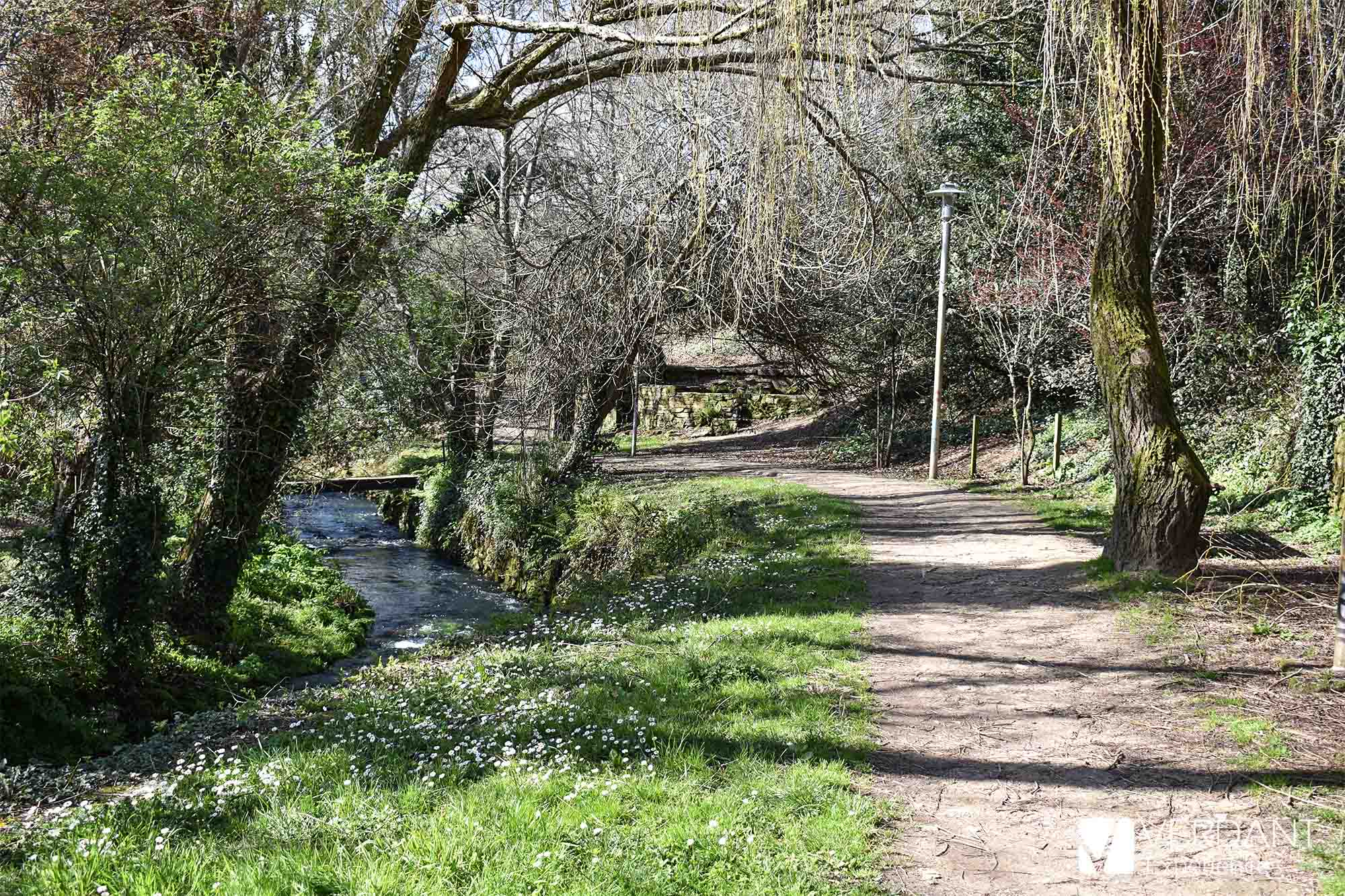 During the walk we will cross from one side of the river to the other thanks to the bridges and wooden footbridges that have been incorporated into the route, a great attraction that also facilitates the walk. 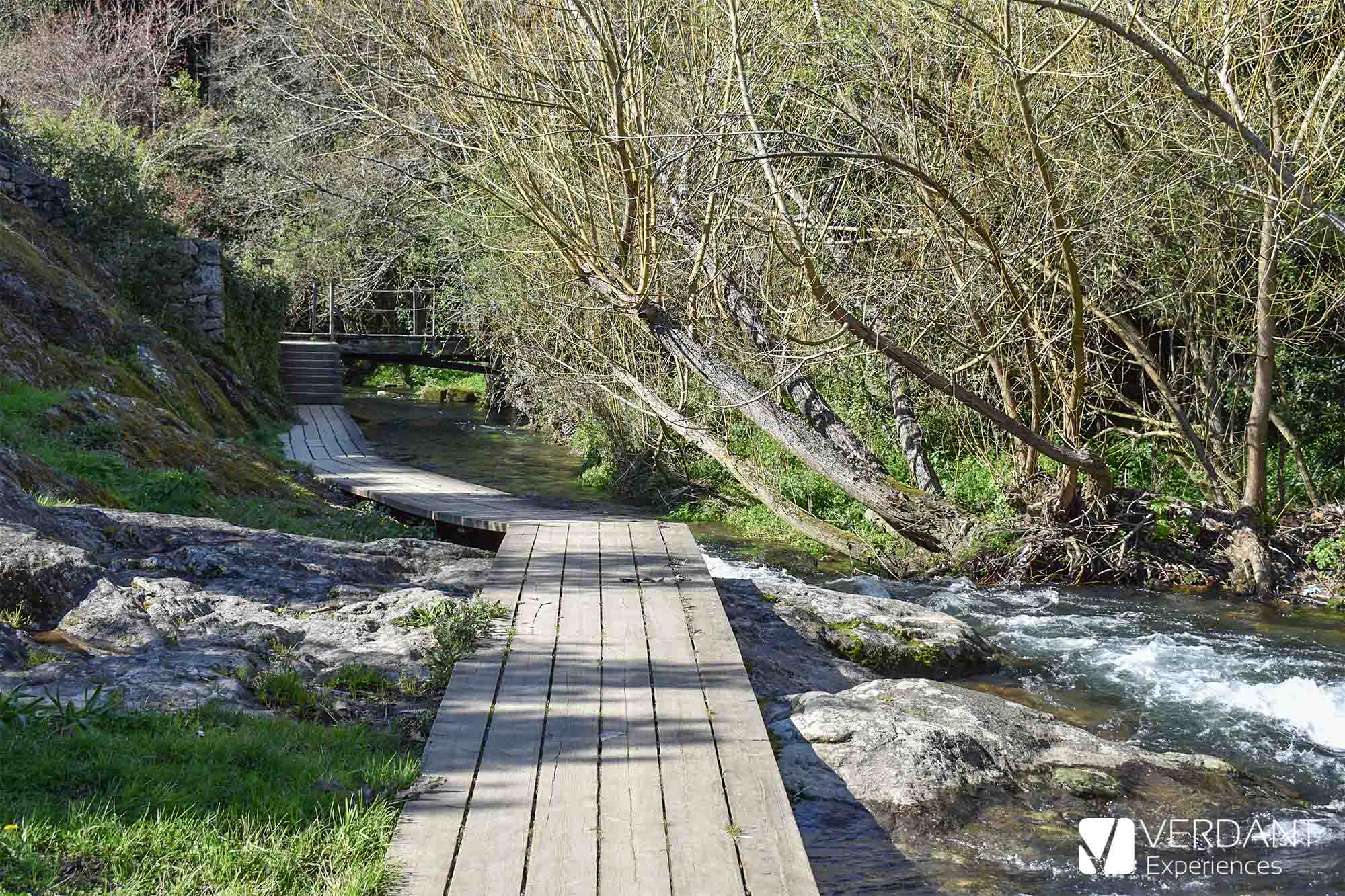 Along the Sarela River there was a large number of leather tanning factories (they played a very important role in the economic development of the city from the mid-nineteenth century to the mid-twentieth century), they needed a lot of water and therefore were installed in the channels of the rivers. Today those factories are abandoned waiting to be restored in some future. 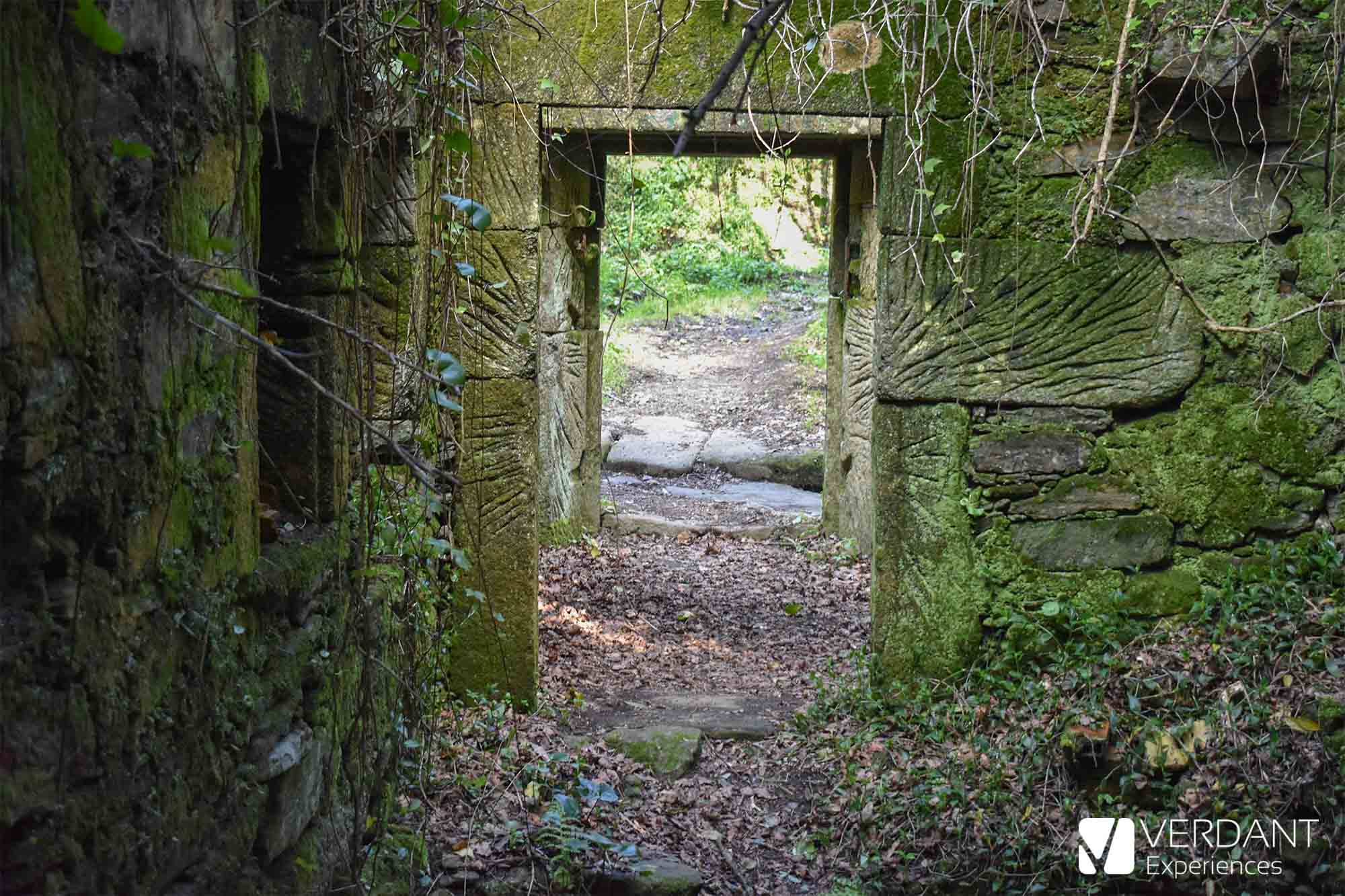 Through this shady path we can enjoy a spectacular walk leaving the city aside, entering a kind of Galician forest that will not make you feel indifferent. 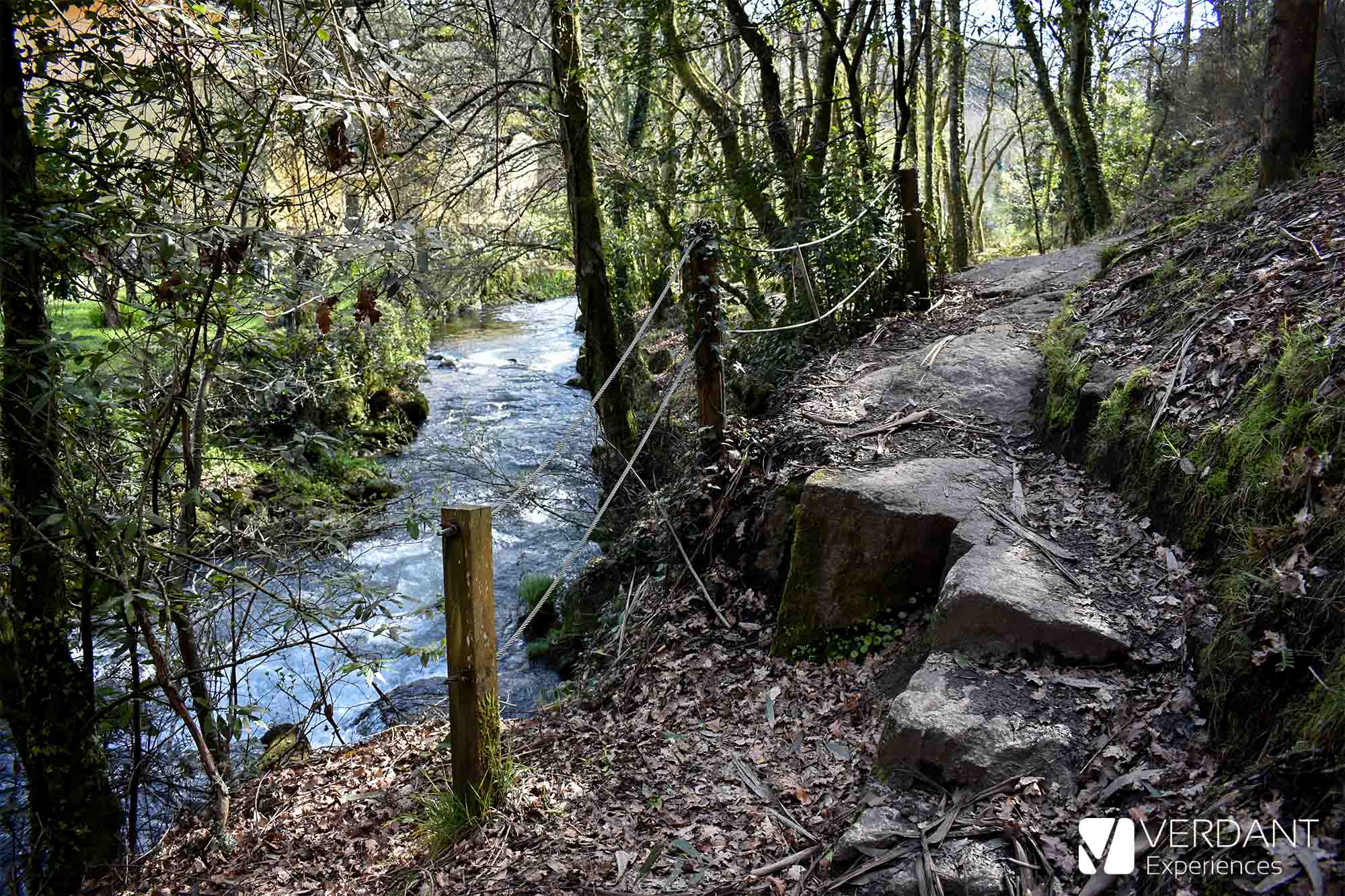 In addition to the bridges and the remains of the factories, we will enjoy the typical vegetation of the Galician riverbanks, with birches, willows, lichens, moss... a wonder for your eyes. 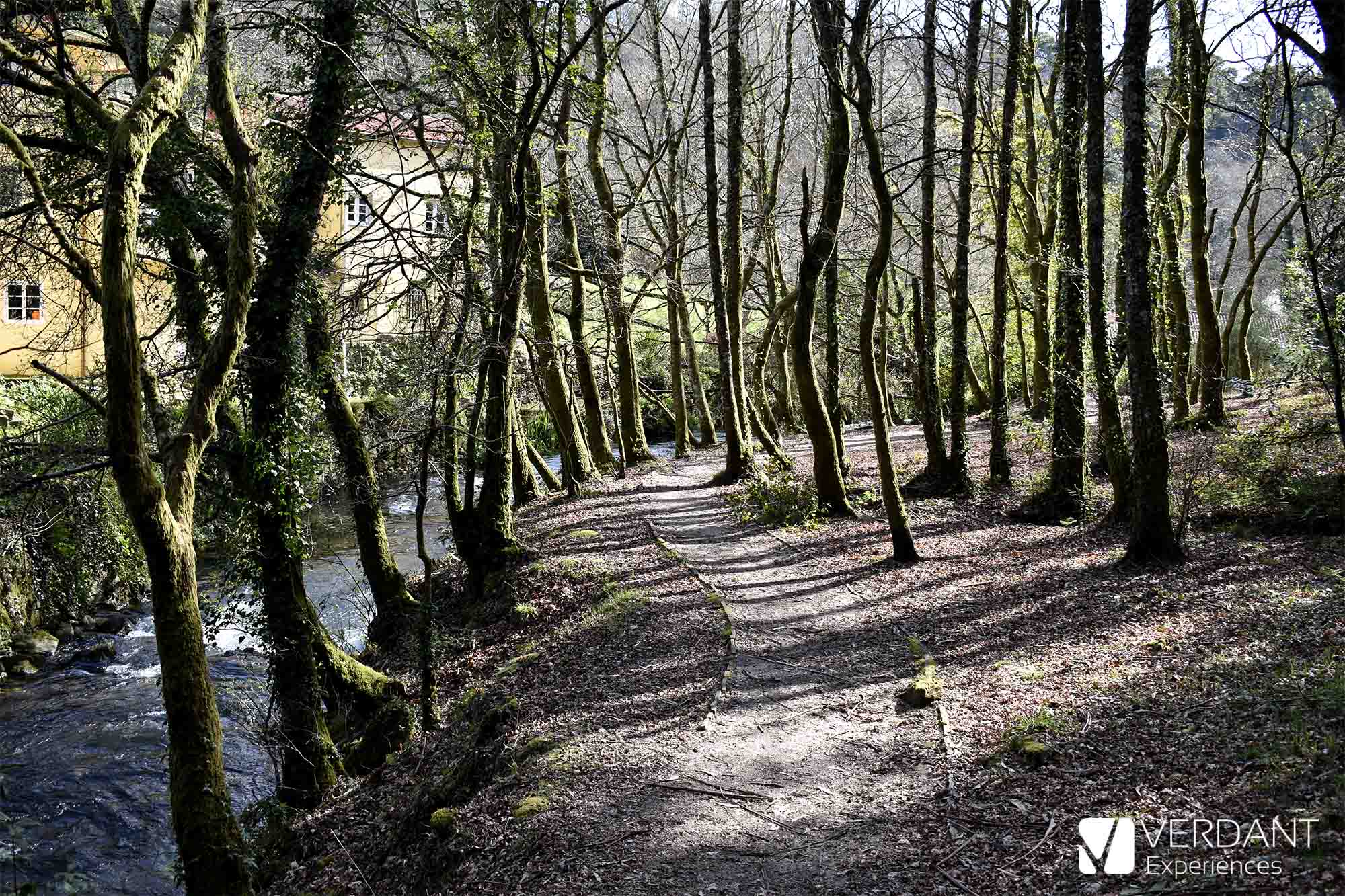 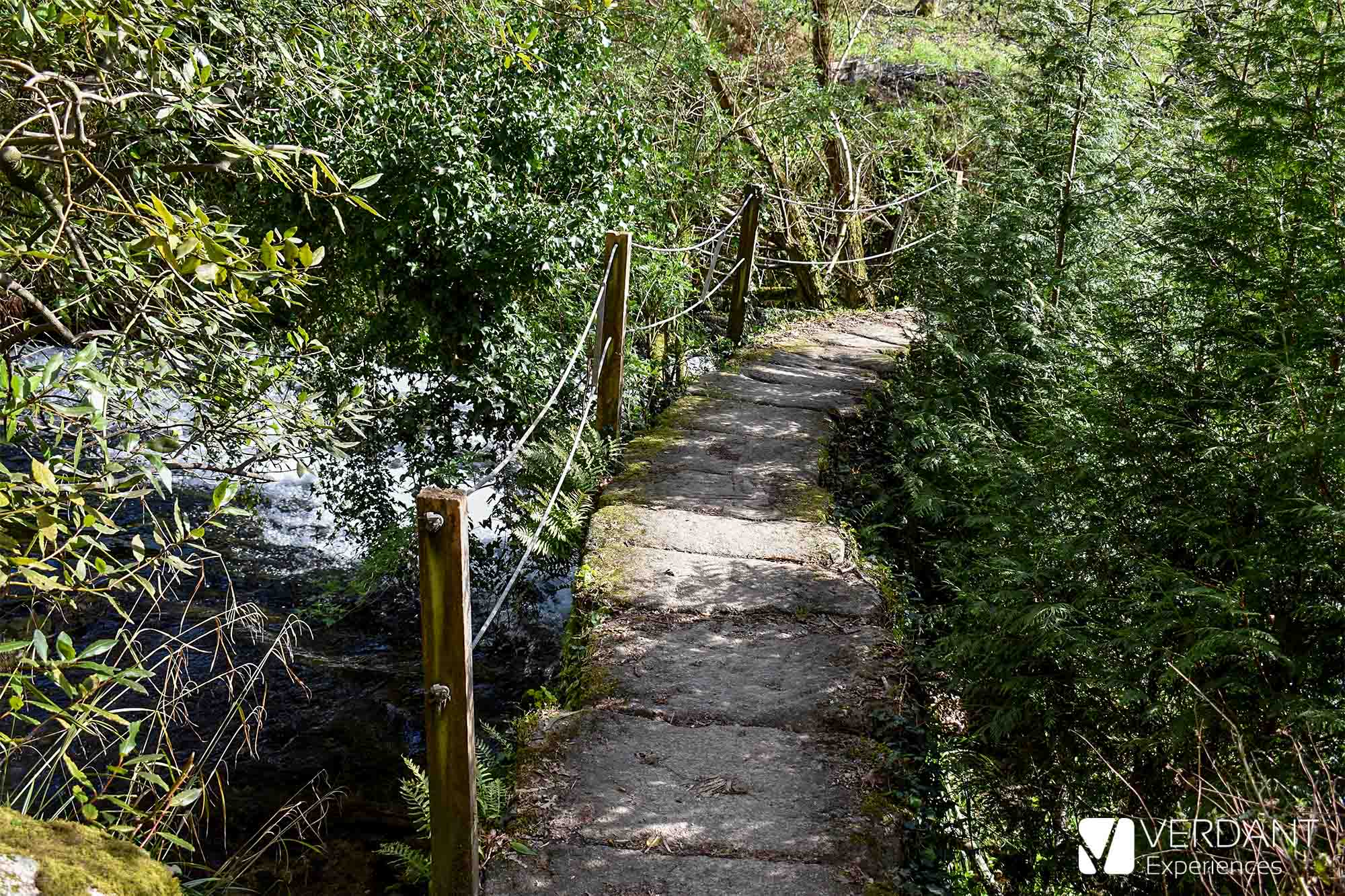 To finish this short section of the route, we will cross the Sarela Bridge, which coincides with the current pilgrim route of the Finisterre Trail. When we cross the bridge we go up to the entrance of the South Campus of the University of Santiago and once we have crossed it we will be in the Alameda and downtown again. 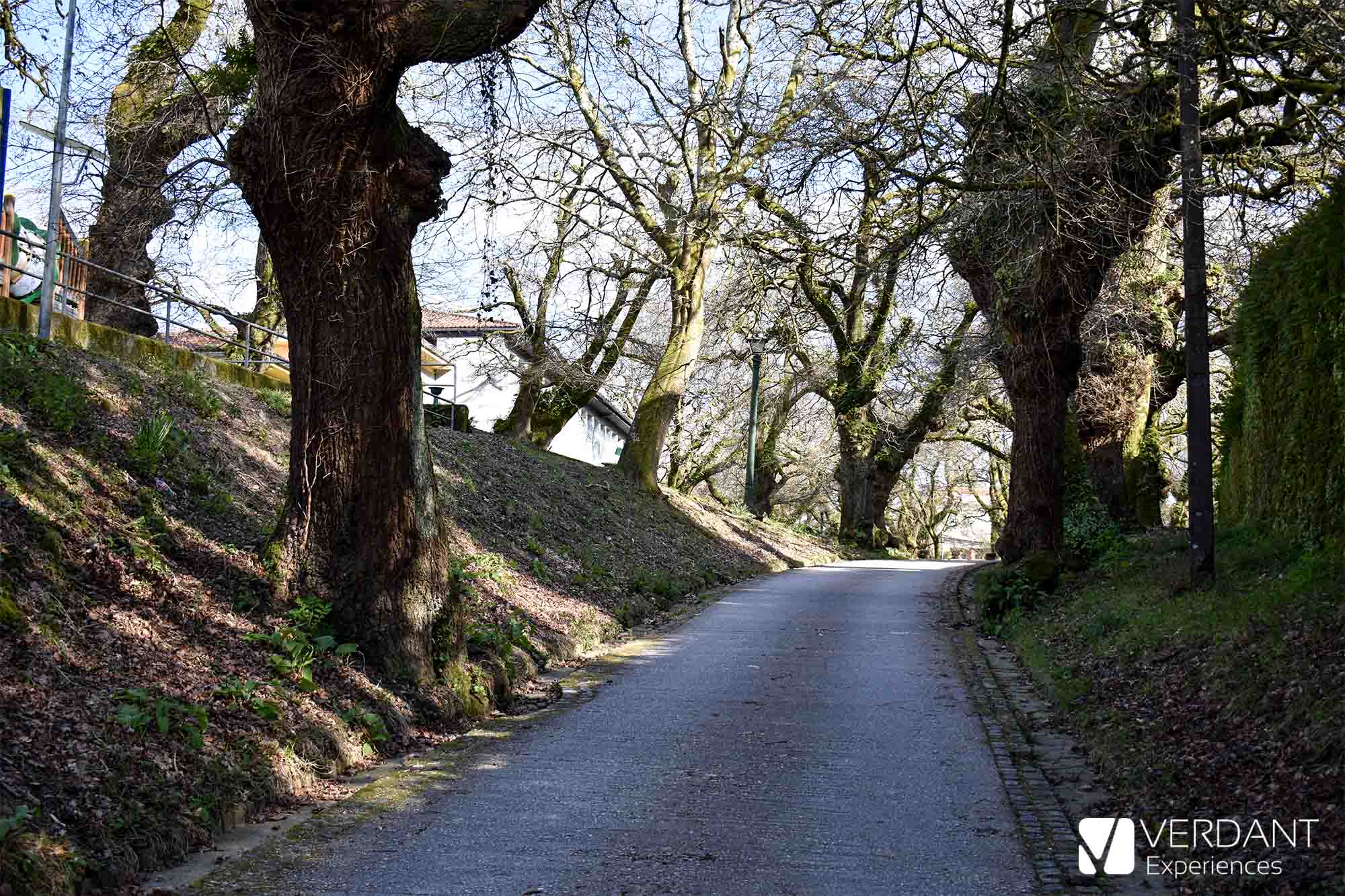 If you want to make the complete Sarela route or want us to organize visits to other places of interest departing from Santiago de Compostela, you can contact us here.