A walk through "The Valley of Death"

A walk through "The Valley of Death"

Taking advantage of the good weather we are having this winter, last weekend we went to the Baixa Limia to participate in an interpreted route. The activity took place through the Valle del Salas or also called "O Val da Morte" (The Valley of Death), known for the amount of "mámoas" (funerary monuments) that exist in the area.

Clarification: first of all let's see the difference between "mámoa" (in english it is called "Tumulus") and "dolmen". The first refers to the artificial accumulation of earth and / or stones that contains one or more tombs, the second refers to a stone structure that is inside, and the set of both form a funerary burial mound characteristic of the megalithic culture, where they buried their dead in individual tombs or in groups. 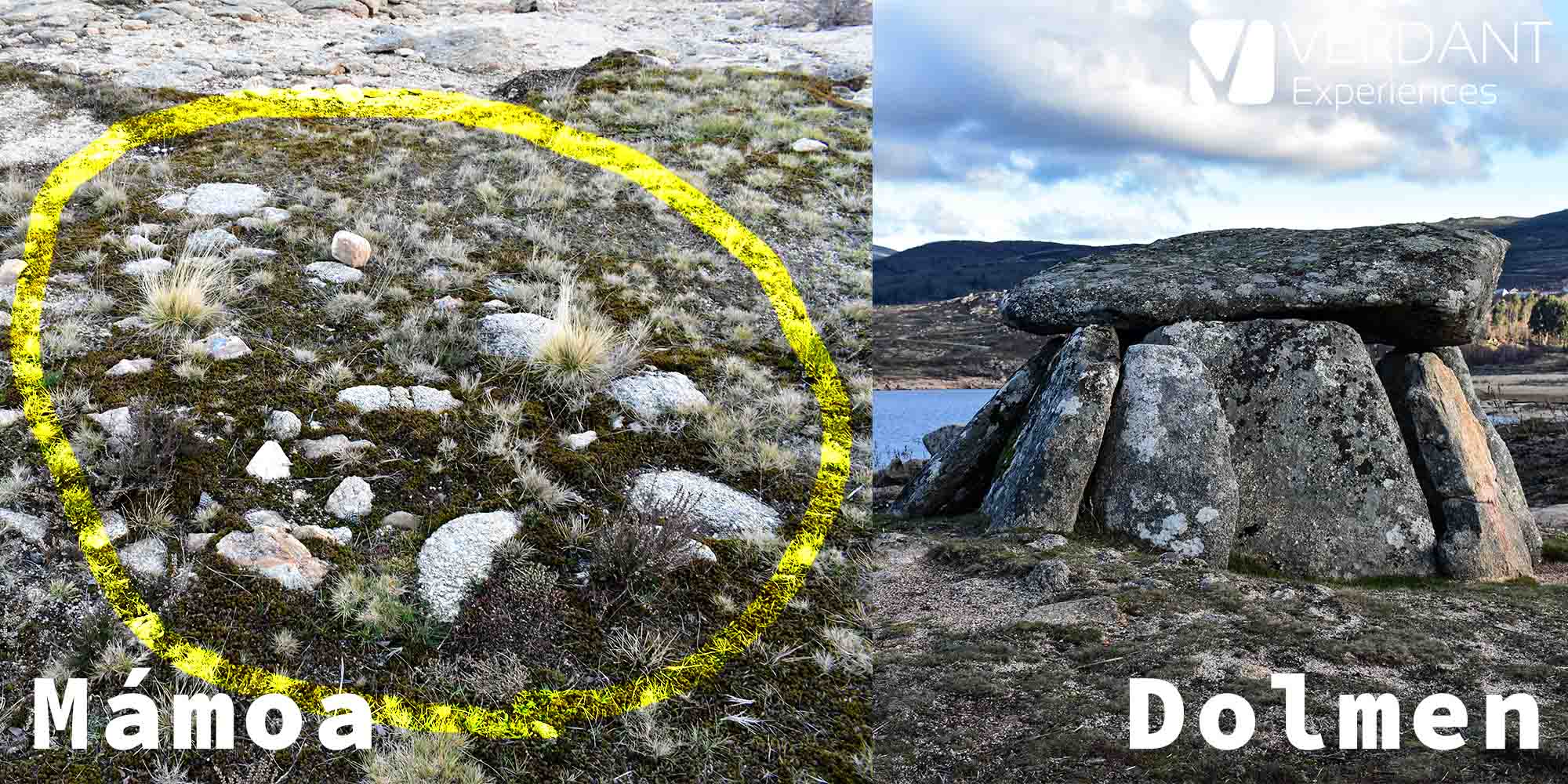 In Galicia there are a lot of archaeological remains, with an incredible cultural richness and the amazing thing is that with the passage of time new remains appear, increasing the available heritage in this region. This is the case of the Baixa Limia, where is located one of the largest concentrations of megalithic remains in Galicia, between the "Embalse de Salas" and the "Serra del Leboeiro" we can find more than 200 megalithic remains, and during this activity we were able to discover some of them.

During the route organized by the Lirio do Xurés Association and guided by the archaeologist and historian David Pérez, we have been able to learn a little more about this place and its history. 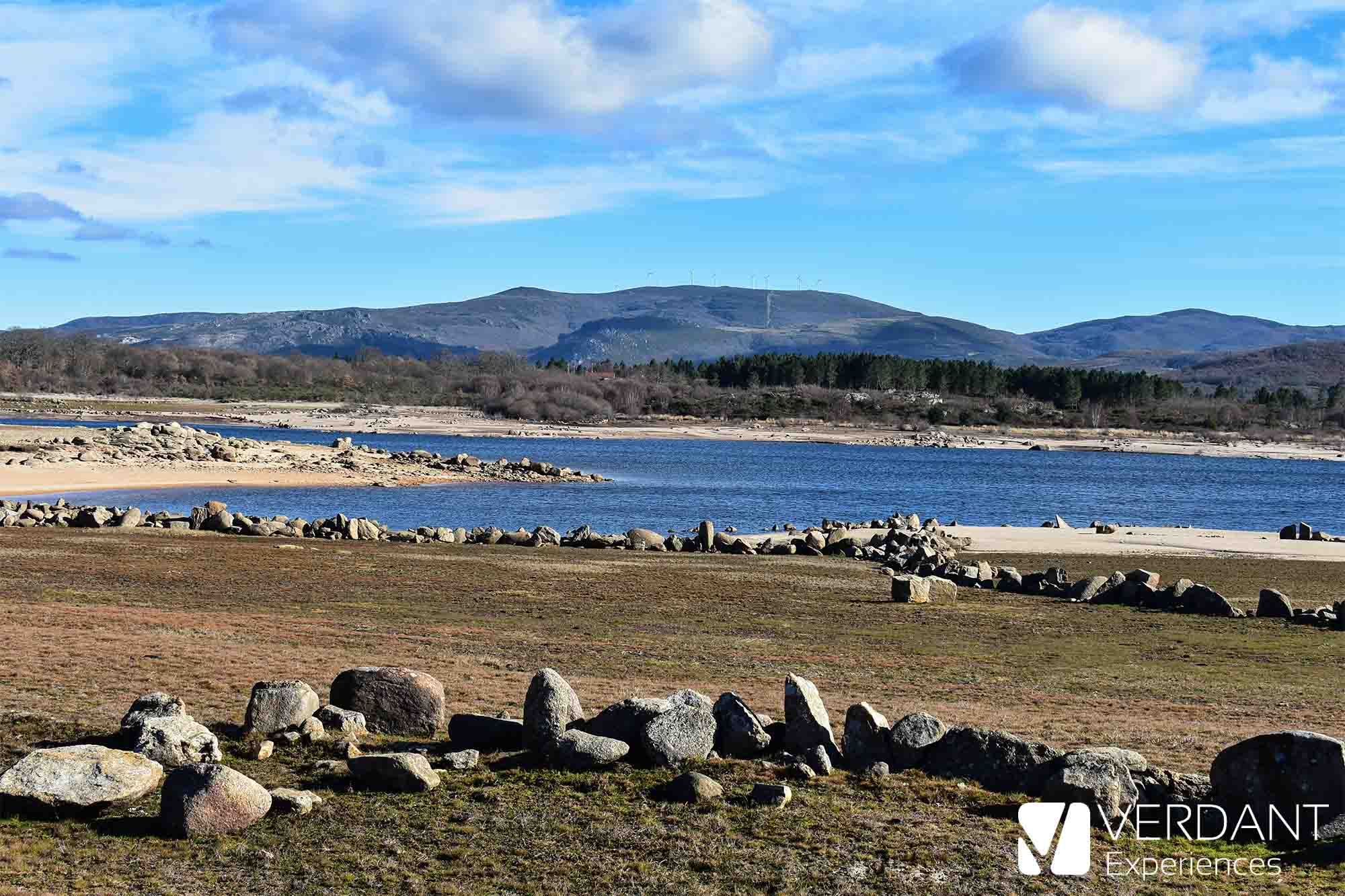 Starting from the village of Maus de Salas, we initiated the route along a path until we reached the reservoir of the river Salas, from there we could border the reservoir to see the different remains and then return to the village by following the road.

In this valley there are more than 50 "mámoas", and many of them are under the water of the reservoir. During periods of drought or changes in the level of the reservoir, some remains show up as those of the "Dolmen de Veiga de Maus". In spite of the fact that due to erosion, part of the shape has been lost, its circular structure and the exterior stone set can still be observed. 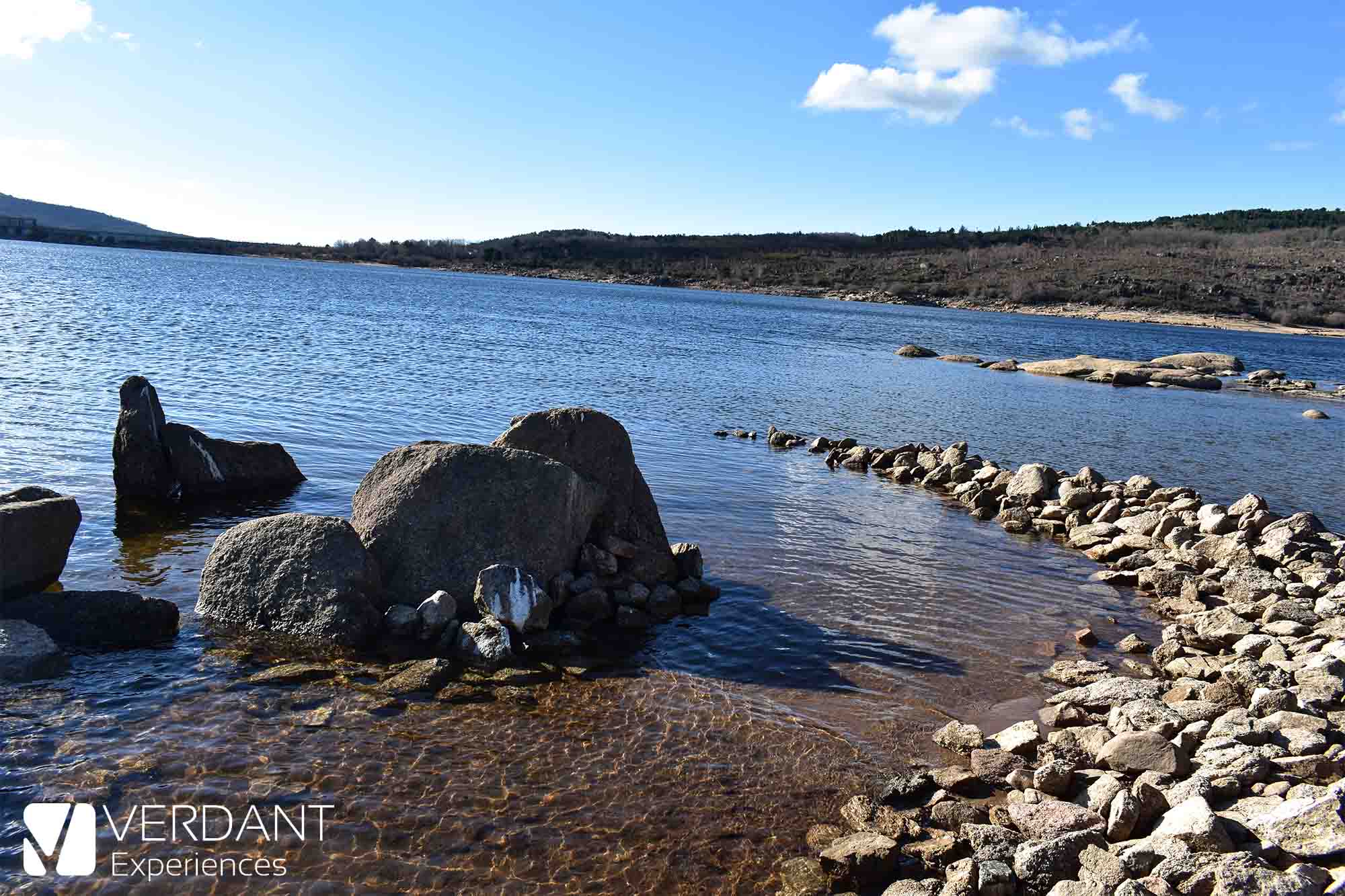 All these tumulus were plundered many years ago to remove possible treasures deposited in the tombs, to the point that there are stories that talk about the possibility of finding golden calves inside. So it is possible that some remains are not in their original state.

Following the route we find a new "mámoa", with large dimensions and a corridor, as we can see it is in a state of abandonment among the undergrowth. 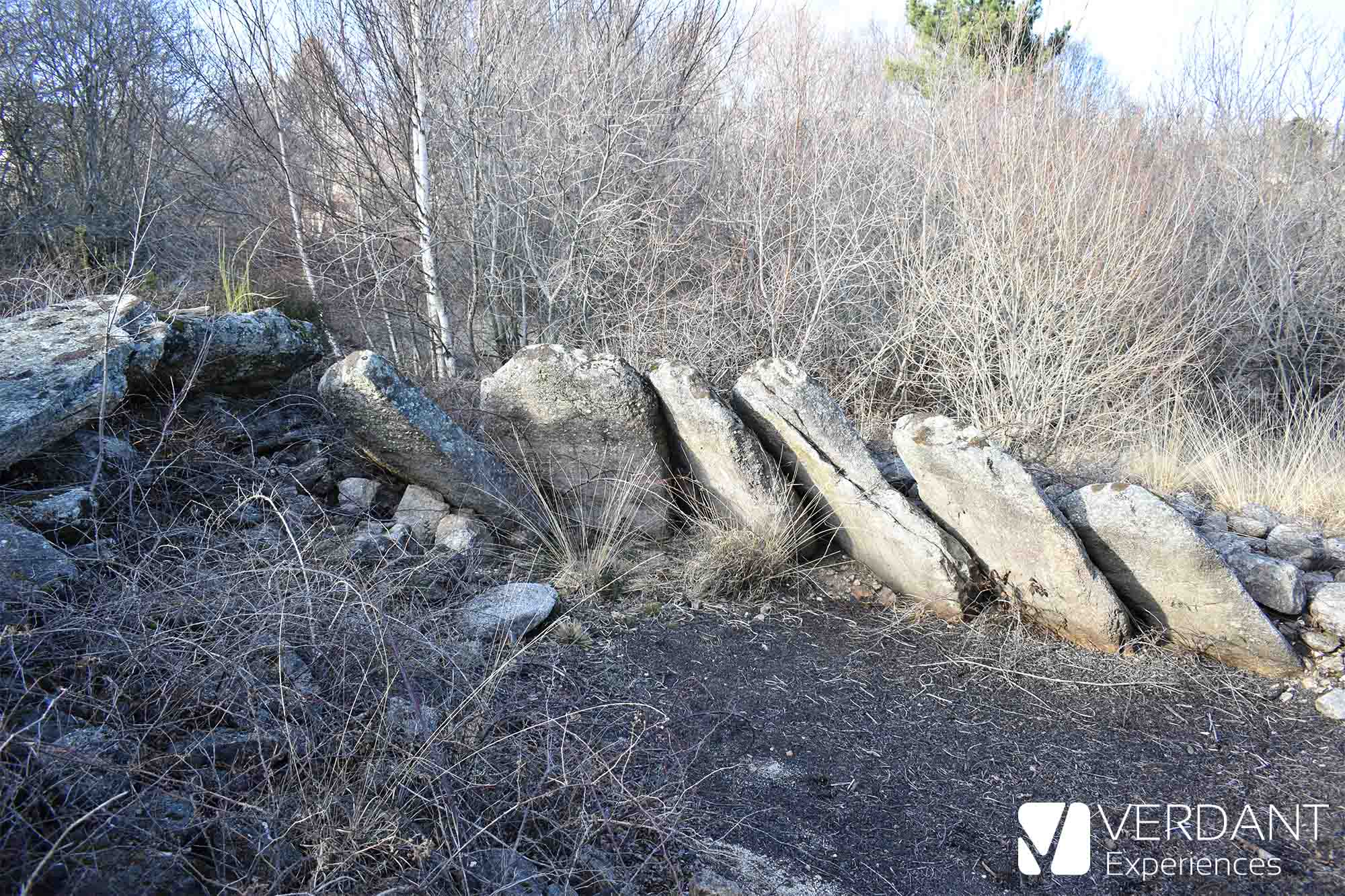 Before arriving at the bridge that crosses the reservoir we will find what is known as "A Casiña da Moura". It is a “dolmen” that was moved from its original location because of the construction of the reservoir, having nowadays an easy access for you to visit. 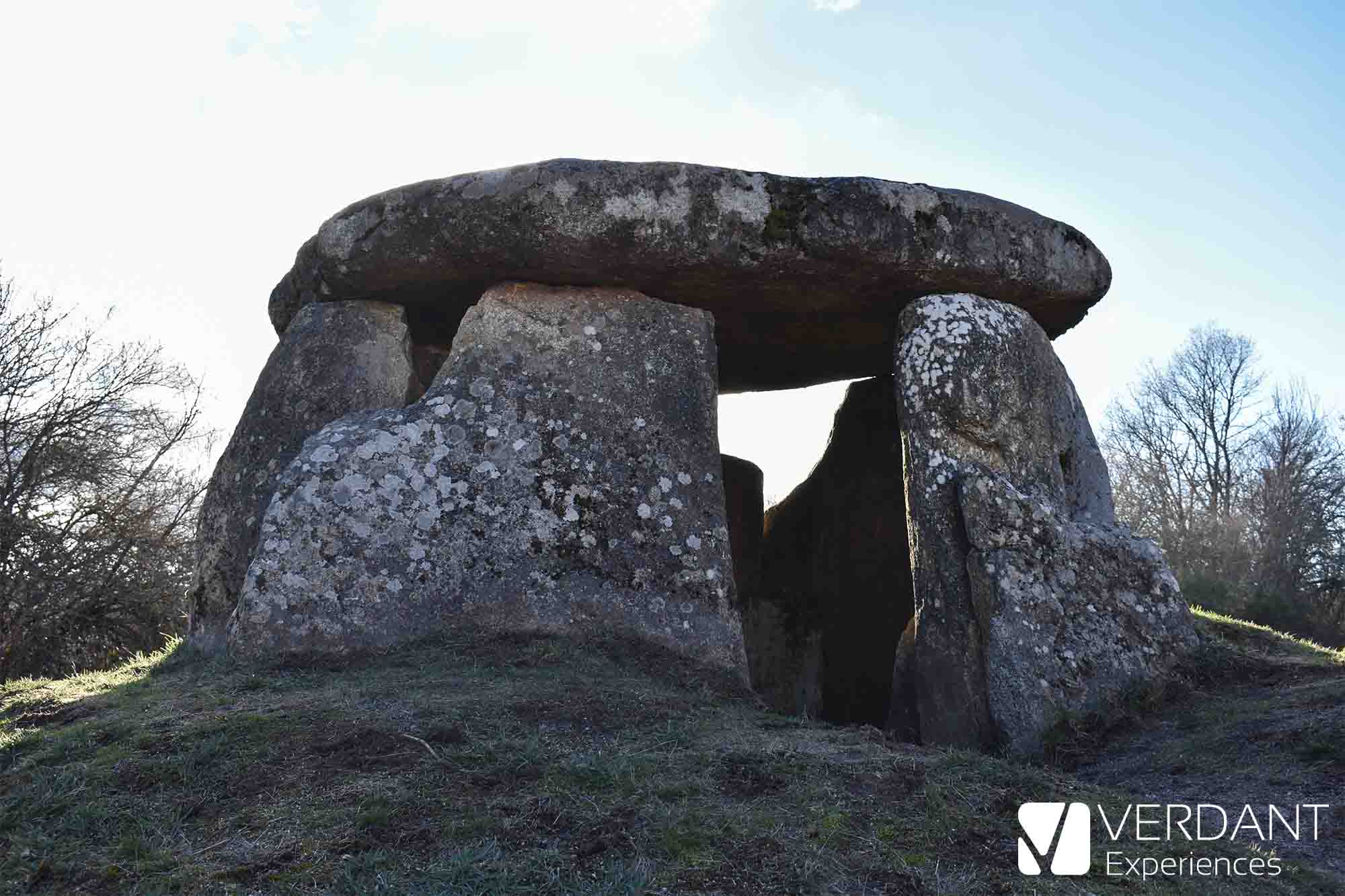 In our last visit, on the other side of the reservoir we find another “dolmen” named "A Casola do Foxo" that belongs to the “Necropolis of Maus de Salas”. This monument belonging to the initial megalithic (3500-3000 B.C), is oriented to the southeast as usual in these type of constructions, coinciding with the sunrise. 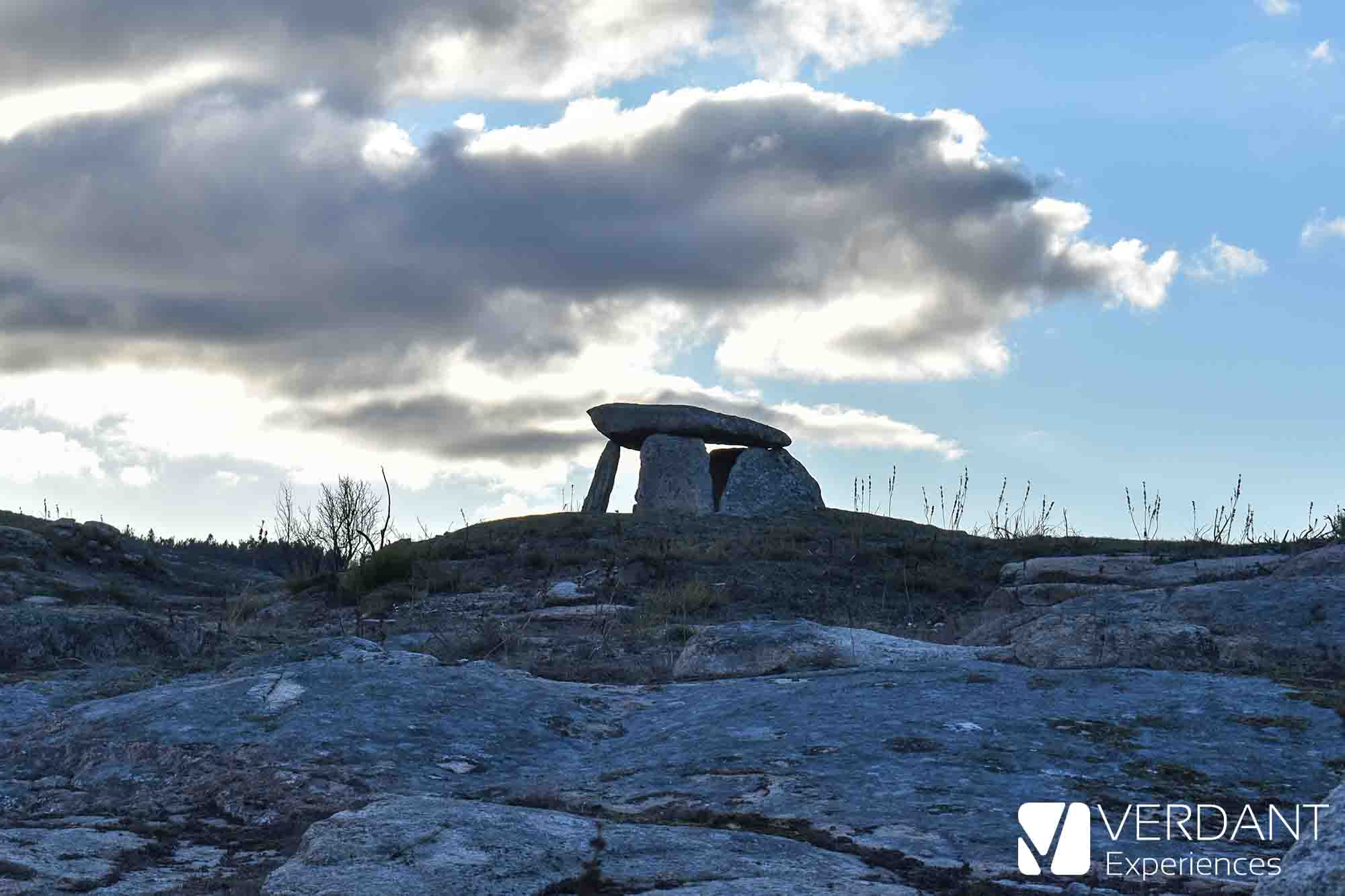 Bonus: when crossing the reservoir, we can see the beginning of the Natural Park of Gerés-Xurés and in the background the mountains that are the icon of the park, those mountains already belong to Portugal. 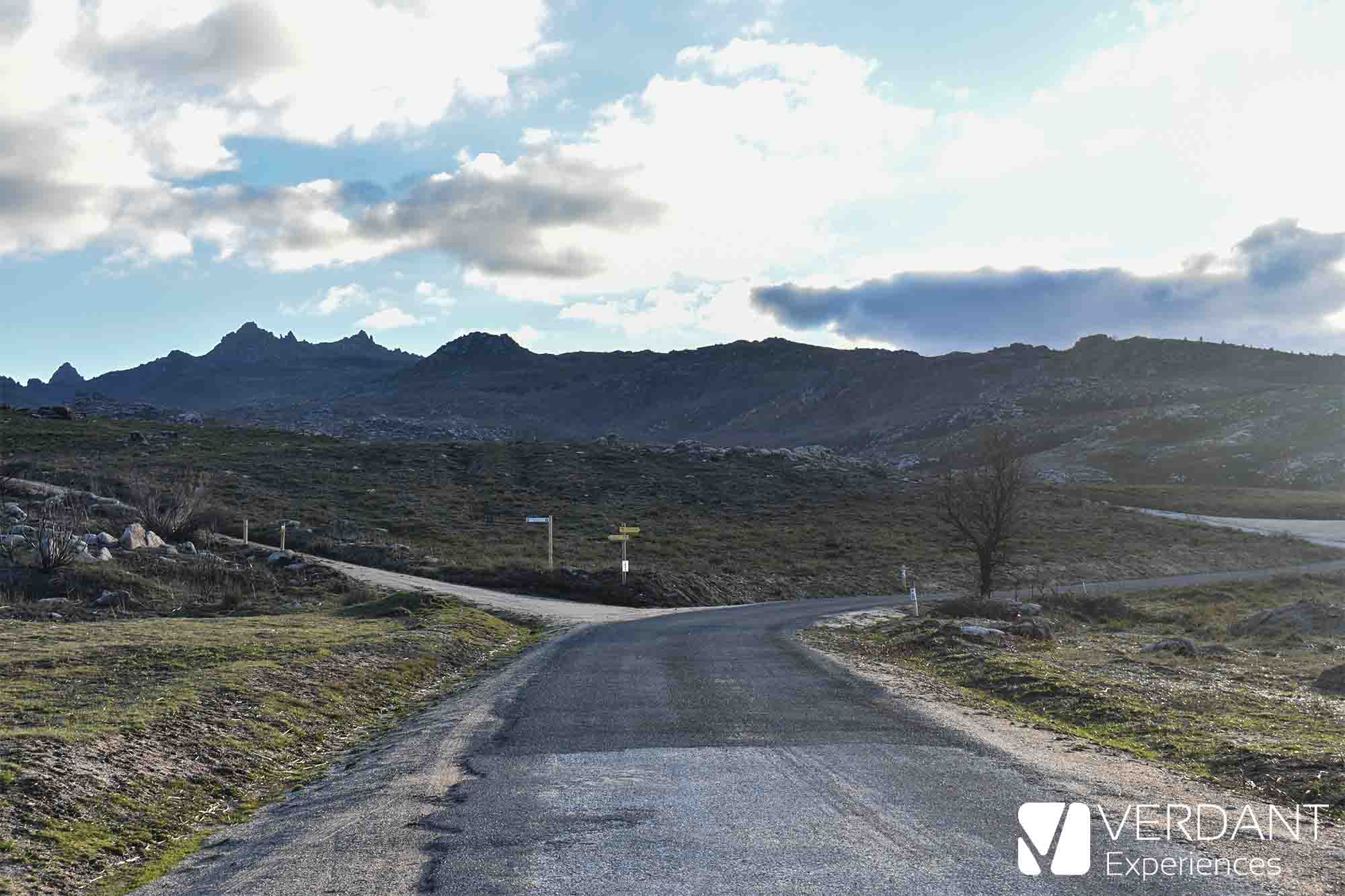 If you would like to have a tour through this valley or visit the Natural Park of Gerés-Xurés, you can contact us here and we would love to organize a tailor-made tour for you and your beloved ones!