Astronomical phenomena in Galicia: Equinoxes in the Chapel of San Miguel de Celanova

Astronomical phenomena in Galicia: Equinoxes in the Chapel of San Miguel de Celanova

Every spring and autumn equinox, the small town of Celanova, in Ourense, becomes a spectacle for neighbors and tourists. The reason is the magic that surrounds the small chapel of San Miguel.

Many curious people and some photography lovers gather there quickly at sunrise  (yes, you have to get up early to see it!) to observe this special astronomical phenomenon, which marks the beginning of the most colorful seasons of the year: spring and autumn. But what mysterious phenomenon are we talking about?

We refer to the equinoxes. The equinoxes are an astronomical phenomenon that occurs only at two specific times a year, coinciding with the change of season from winter to spring and from summer to autumn in the Northern Hemisphere; and that is why they are called the spring equinox and the autumn equinox. At these times, the sun is located exactly on the equator of a planet, allowing days to last almost exactly the same as nights, unlike solstices, where the length of day and night are very different.

The days on which the equinox occurs do not coincide every year, since they do not always have the same duration (remember that every four years one more day is added to the calendar. What we know as a leap year). In spring, the phenomenon can oscillate between March 19 and 21 and in autumn between September 21 and 24.

If you want more information about the equinoxes and how they have influenced our cultures throughout history, we recommend you to click here. National Geographic shares with us many curiosities about this phenomenon and how we live it throughout the world.

And, after these clarifications, what happens in the Chapel of San Miguel that mobilizes us all to go to this event? 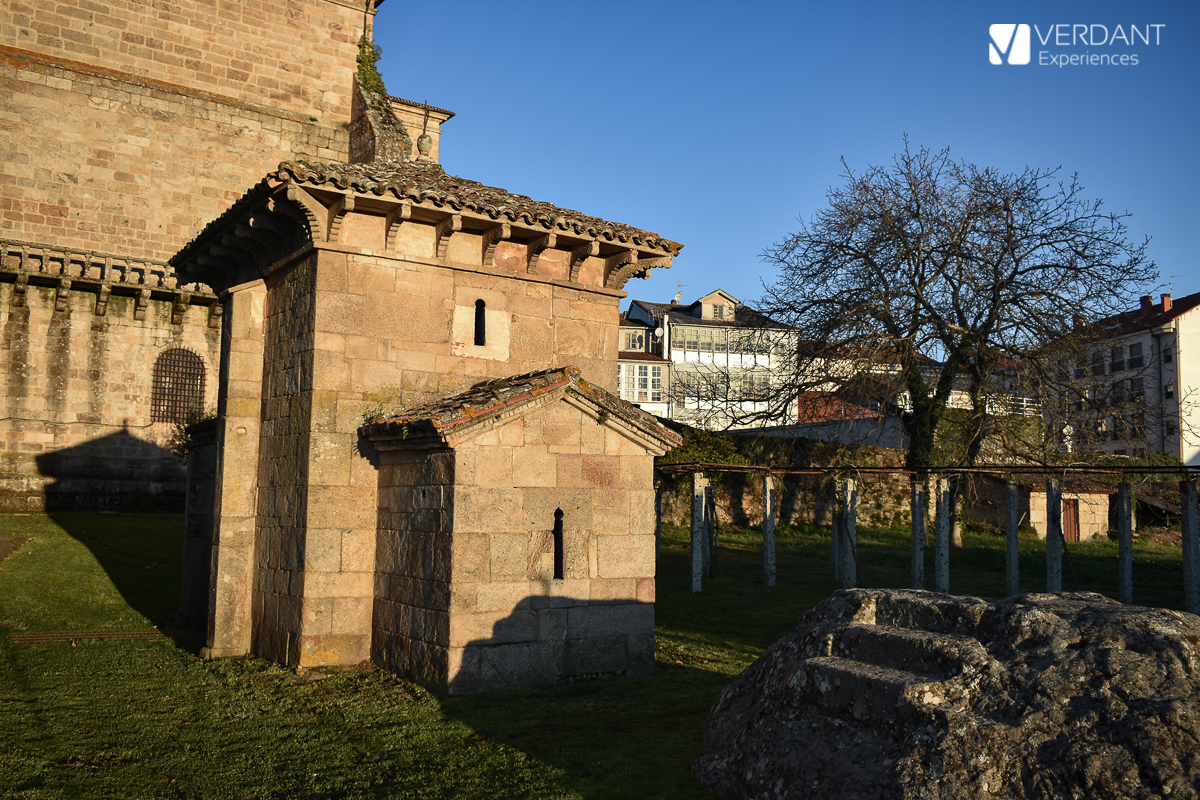 With the sunrise, and only during the spring and autumn equinoxes (whenever the cloudiness allows it), the rays of the sun seep through the small windows of the chapel of San Miguel, forming a perfect star. The strategic location of this 10th century chapel encourages us to experience a magical moment for two short periods of time a year. Is it a witches (Meigas) thing? Will our Celtic ancestors and their rituals around the changing seasons have anything to do with it? ;) 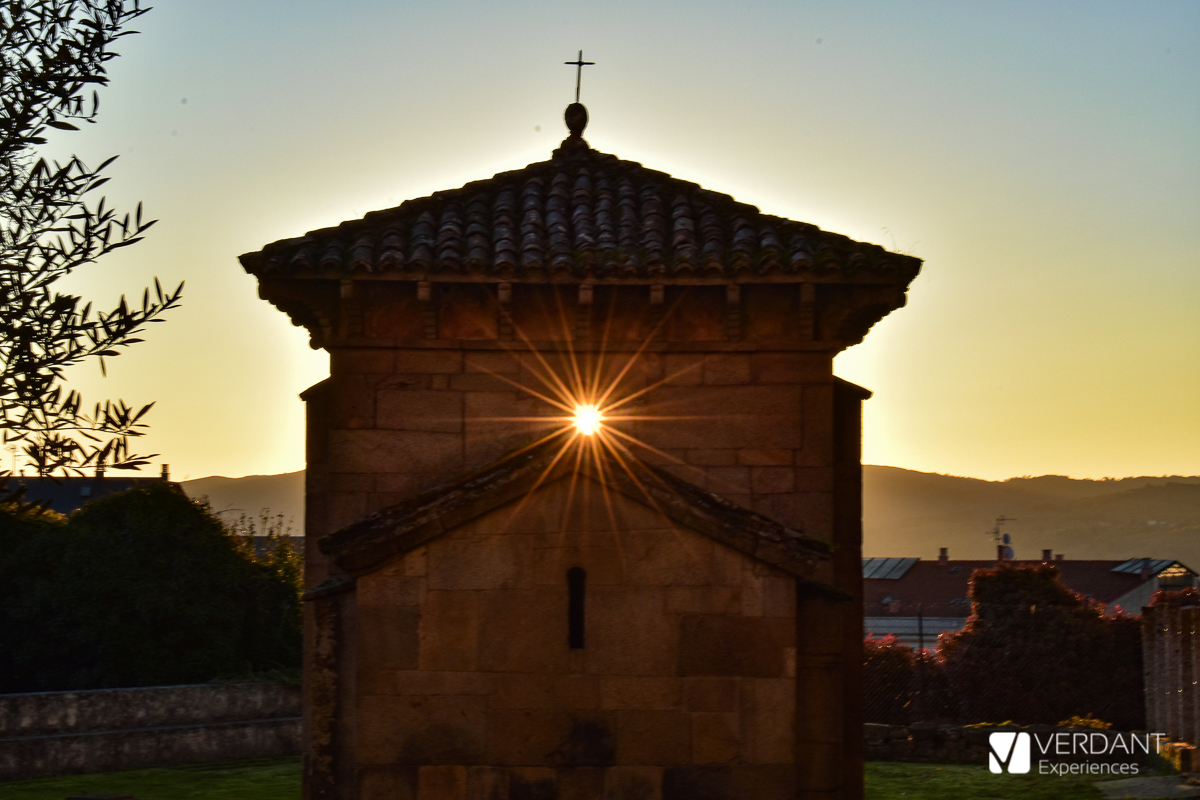 Mysticism aside, the chapel of San Miguel de Celanova is surrounded by mystery for many other reasons. 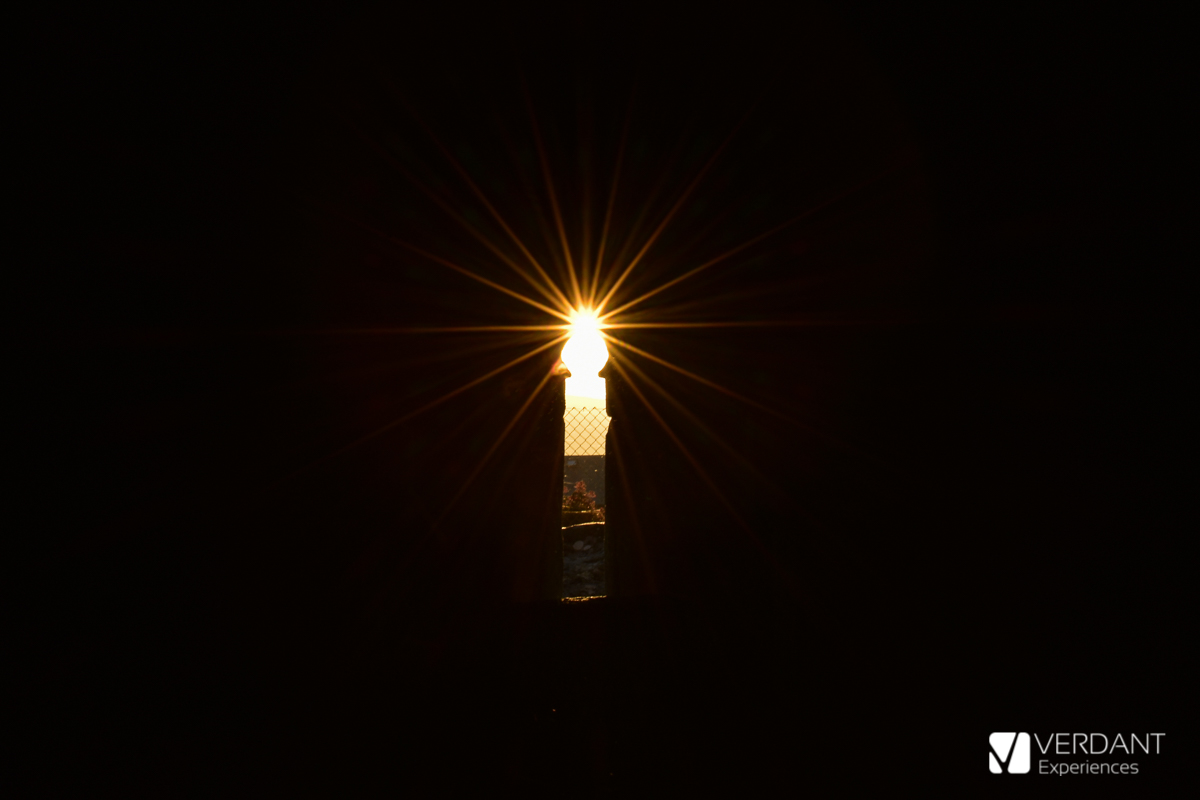 As we mentioned at the beginning of this post, the chapel was built during the 10th century, although the purpose of its construction and subsequent use, today it is still uncertain. Some historians affirm that it was built by “San Rosendo”, the founder of the Celanova Monastery, as a burial site for his brother “Froila”; while others confirm that it was both who created it and did it in order to make it an oratory.

Whatever the reason, it is undoubtedly a singular building. Its antiquity and having remained intact since the 10th century give it more than a remarkable importance. And if we add to this fact the small dimensions of the chapel, we find ourselves in a very, very special place. With only 8.5 meters long and 3.85 wide, it is considered the smallest Mozarabic chapel in the northwest of the peninsula.

The link between the family of San Rosendo (the founder of the monastery) with the Islamic culture, is the reason why we have in front of us a Mozarabic-style chapel. In addition, the chapel of San Miguel has numerous elements that reveal that the architect of the building may have belonged to the teachers' school of the Cordoba Mosque itself.

Another of the peculiarities of this chapel is the similarity with another important Mozarabic temple in the northwest of Spain, the church of Santiago de Peñalba, in El Bierzo. Some authors even affirm that the chapel of San Miguel is a small copy of this temple, both of which may have been built by the same architect. 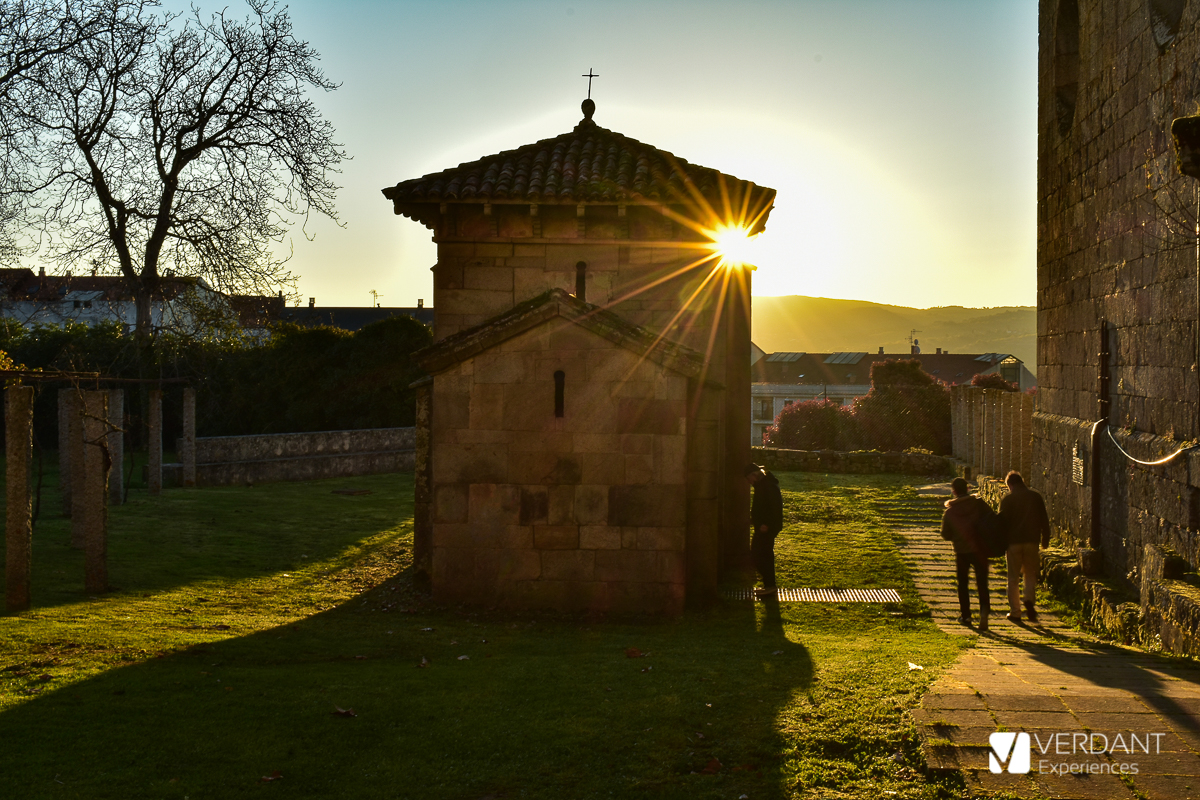 And such is the importance of this chapel that it was declared a National Monument in 1923, also in the same year the monasteries of Santo Estevo de Ribas de Sil and San Pedro de Rocas in Ribeira Sacra, the Oseira monastery in Ribeiro or the cloister of San Francisco in Ourense, got this same statement.

Today, this wonder can be visited through guided tours organized by the Celanova Tourism Office. It is also one of the must-see items on our Ourense South private tour.

If you consider the possibility of traveling to discover this phenomenon, at Verdant Experiences we can help you plan your stay or create a tailor-made tour for the occasion. You can contact us here.