In this post of our Verdant Experiences blog, we are going to tell you about one of the most interesting islands in the Galician coastline: the Ons Island.

The Ons Island, in the estuary of Pontevedra (Spain), is the main island of the Ons archipelago, that belongs to the Atlantic Islands of Galicia National Park.

This archipelago, known as the Ons archipelago, has 2 main islands (the already mentioned Ons Island, and the Onza island), and 7 islets (A Freitosa, O Centolo, O Cairo, A Laxe do Abade, A Pedra do Fedorento, A Illa do Xuvenco and O Cón dos Galos). 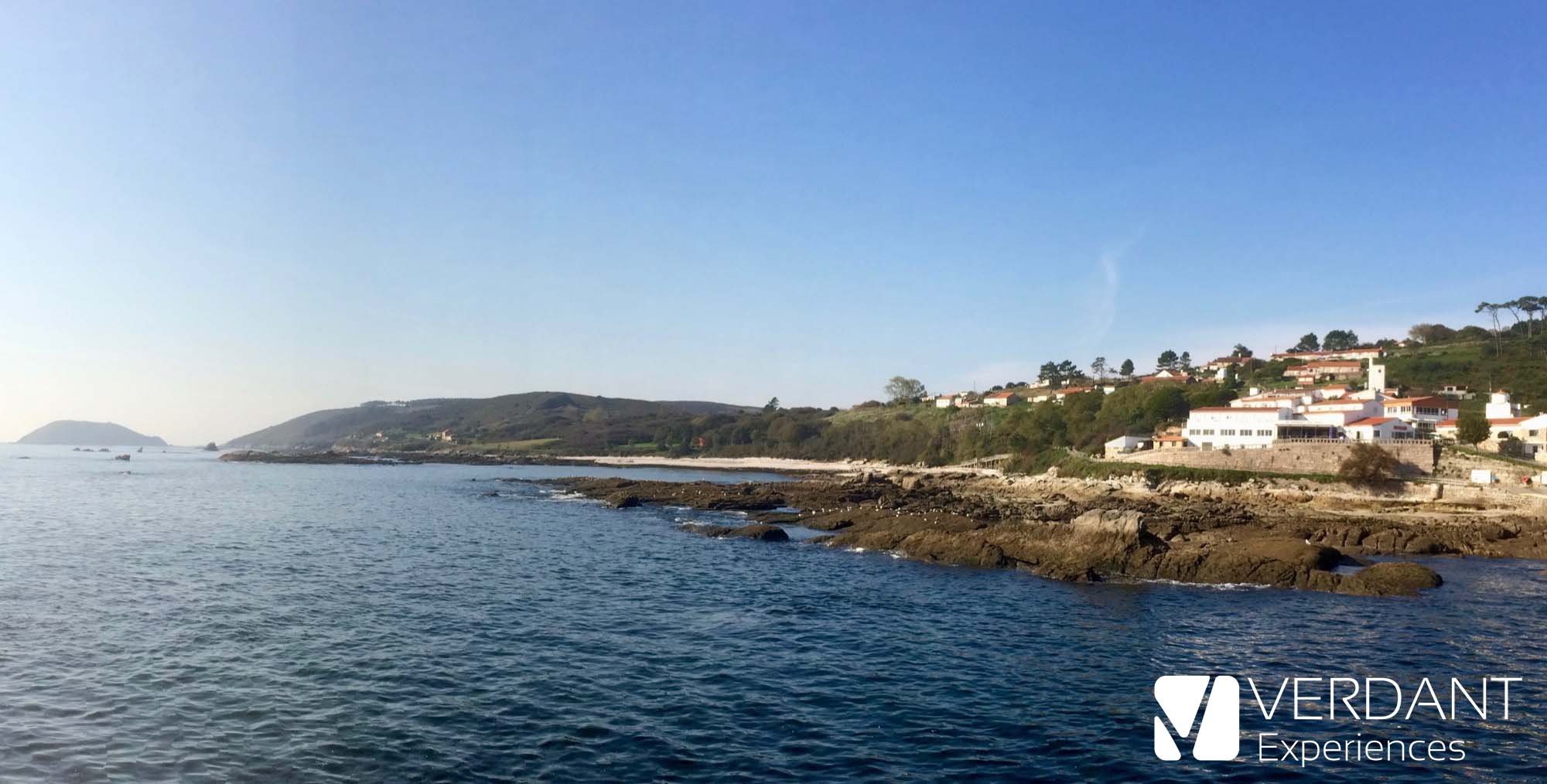 The highest point is, as you can imagine, where the lighthouse is located, at 120m (394ft) above the sea level. 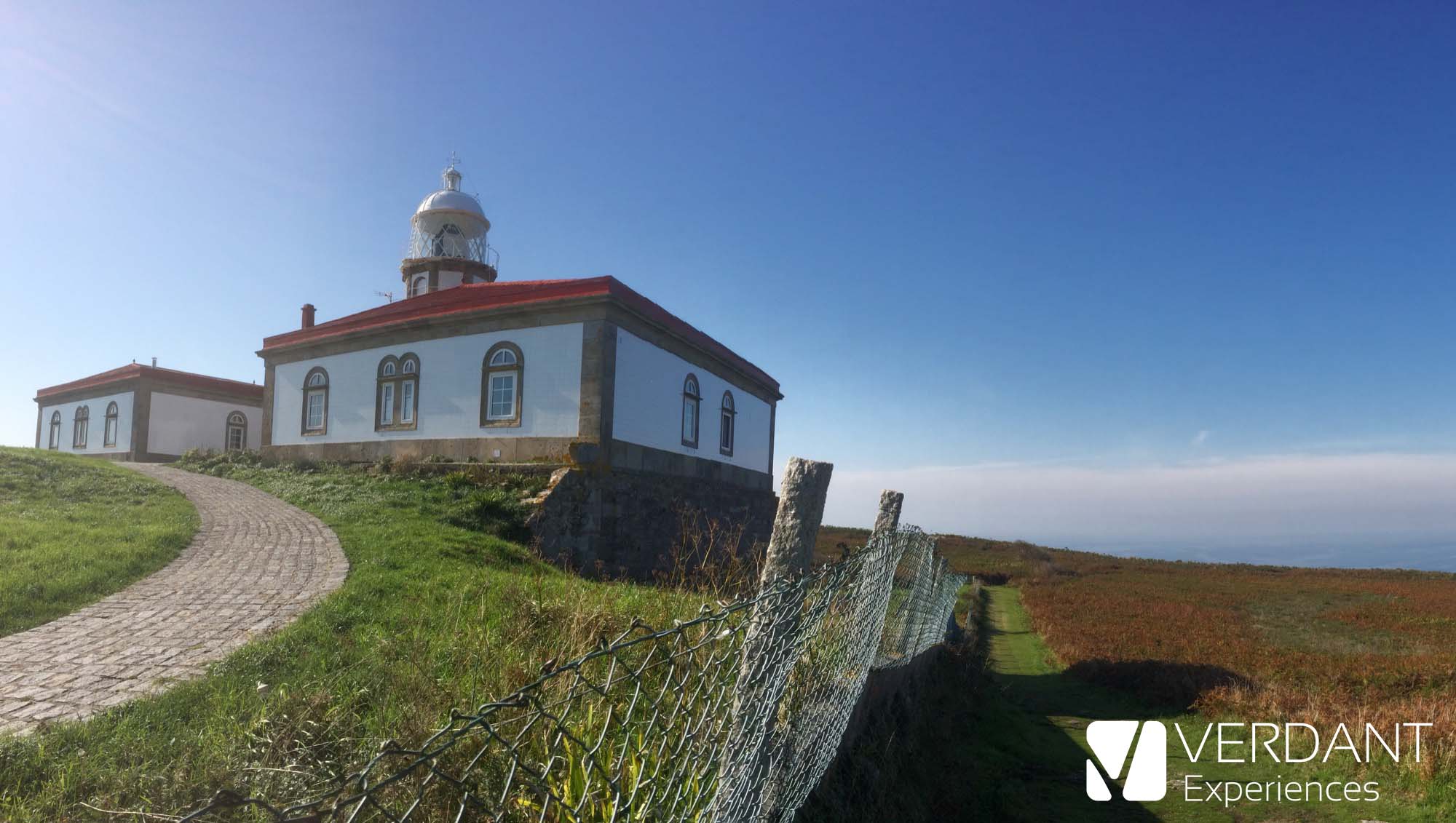 Its permanent population is under 100 inhabitants, but due to its raw beauty and its great hikes, the Ons Island is visited by around 60.000 people every year.

In order to get to the Island, there are several ferries that operate from the closest coastal villages: Sanxenxo, Portonovo, Marín and Aldán. However, these ferries only are available during high season and some weekends during important dates (for example, during Easter). 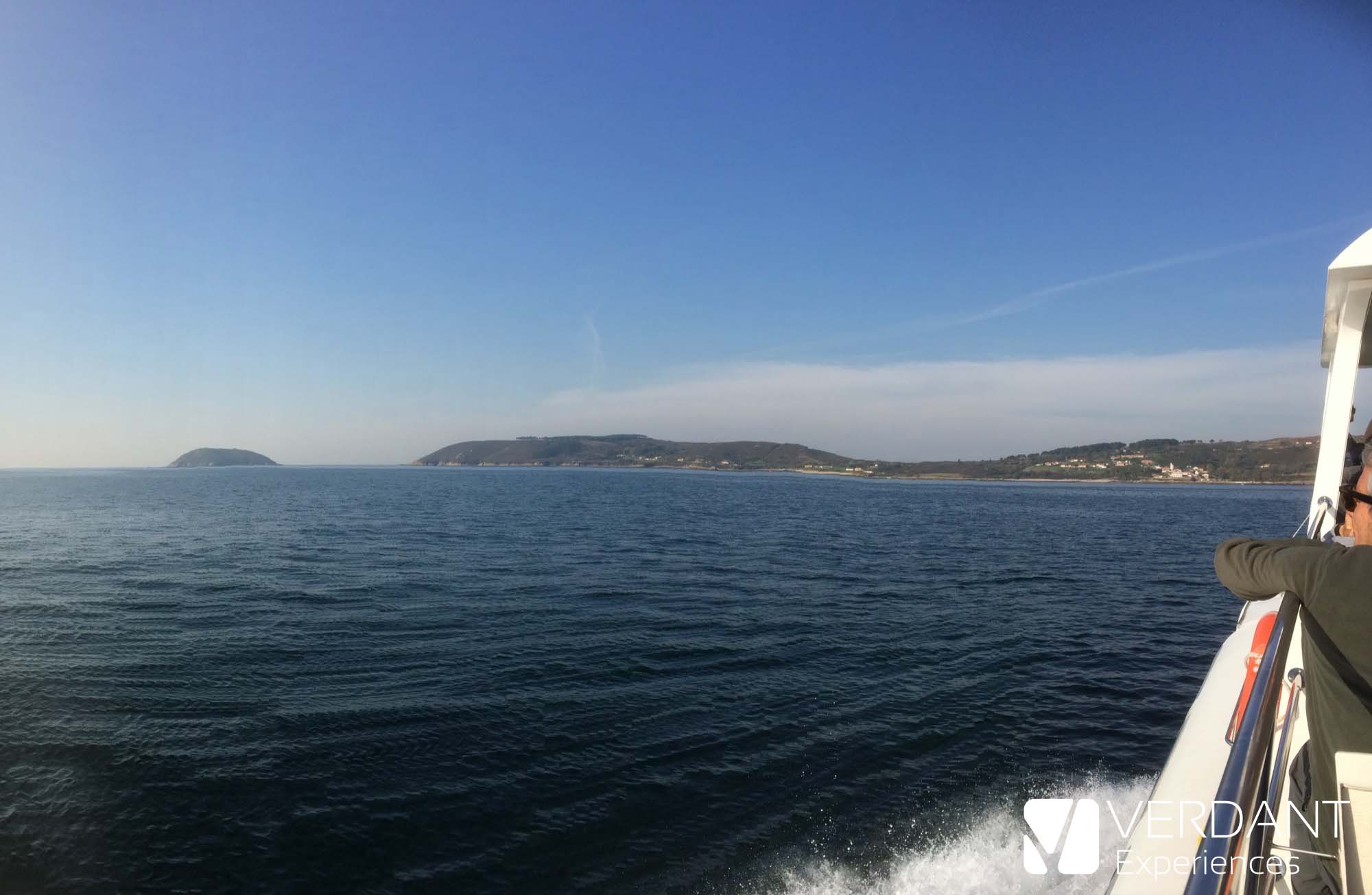 There are 4 hiking trails in the Ons Island: the North Route, the South Route, the Lightouse Route and the Castle Route. Our favorite one is a combination of all of them: you start with the North route, connect to the Lighthouse route, and continue to the South route until you arrive back to the starting point. 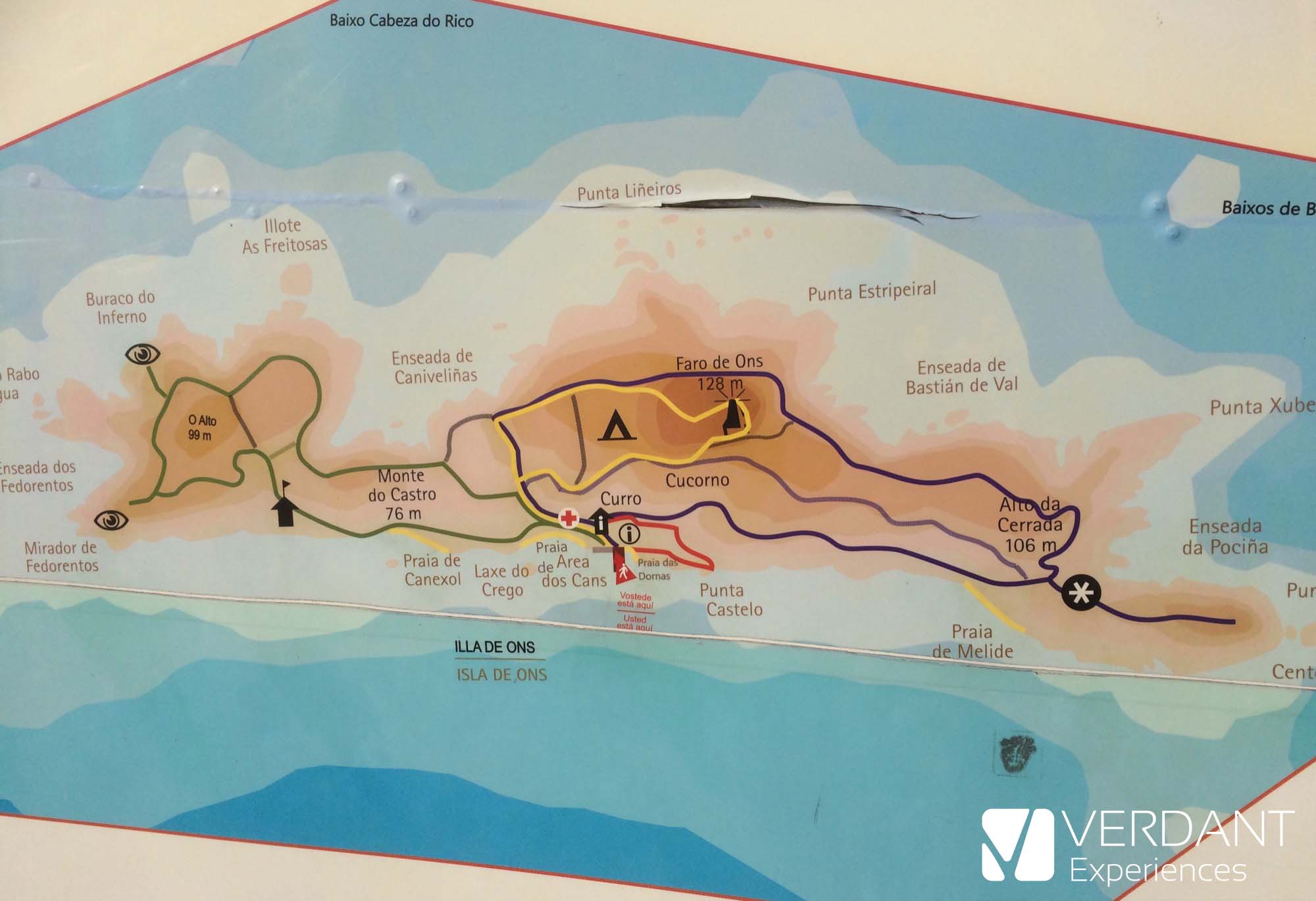 This combined hiking trail is not particularly difficult, but it is however quite long (between 13km and 15km - 8 to 9 miles), so it is only recommended for those in a fairly good shape.

Also, it is highly recommended to pack enough food and specially water, because being an island natural water sources are scarce.

The most important landmarks are the previously mentioned Ons Lighthouse, the Buraco do Inferno chasm, and the viewpoints of O Centolo (in the North of the island) and Fedorentos (in the South of the island). 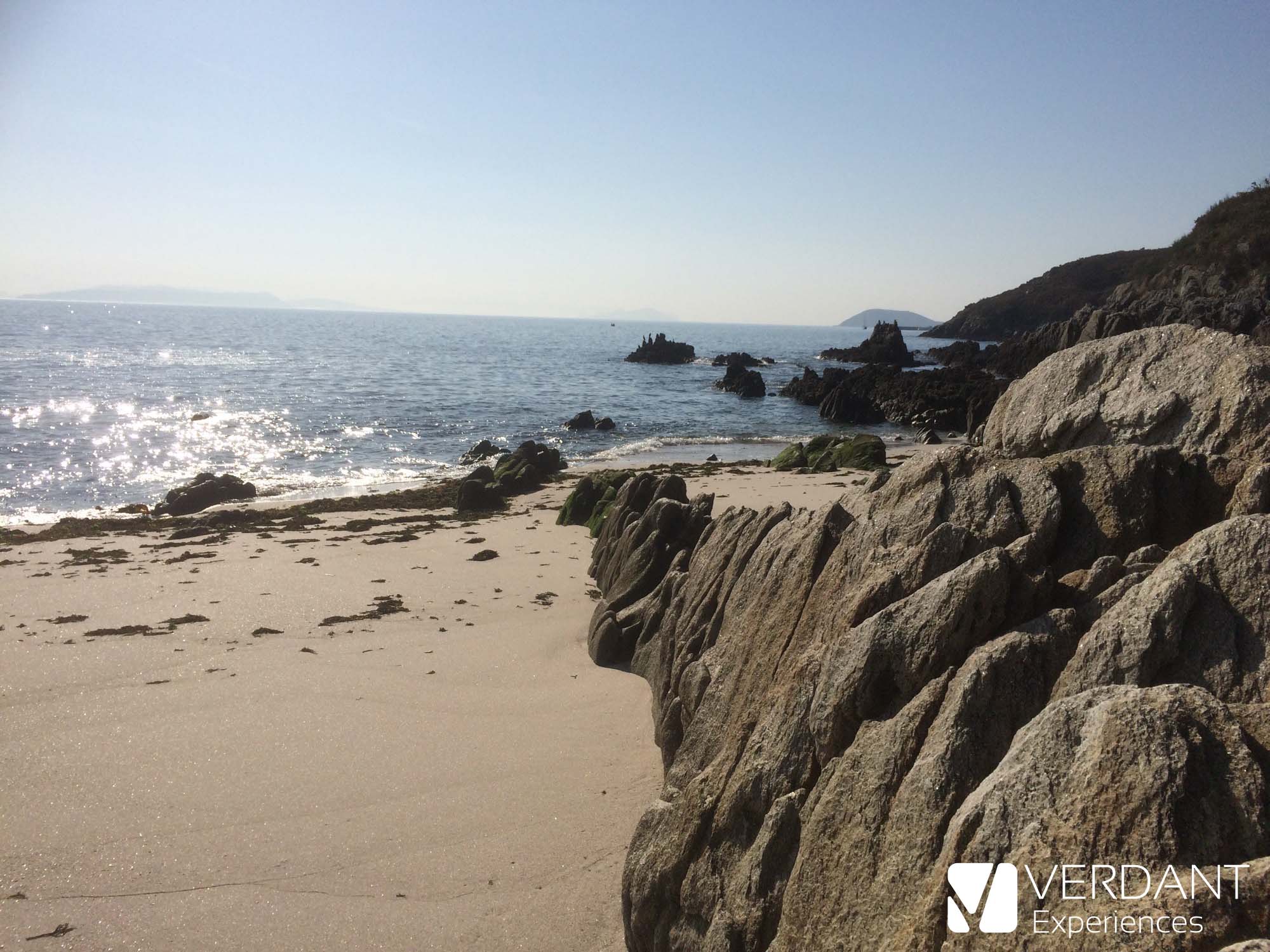 If you would like to visit the Ons Island with Verdant Experiences, we would love to plan a private visit tailor made for you and your beloved ones! You can contact us here.