There are unique places that can only be visited during certain moments of the year, and one of these sites is Castro Candaz (also known as the Galician Atlantida). It is a fortress that is underwater during most of the year, but that during periods of low rainfall, reappears from the depths of the Belesar reservoir.

This settlement is located in the Chantada (province of Lugo) and can only be reached by following a path that leaves the village of Xillán. It is necessary to go down to the reservoir, and then walk approximately one kilometer down the slope between old terraces of vineyards until you reach the site. 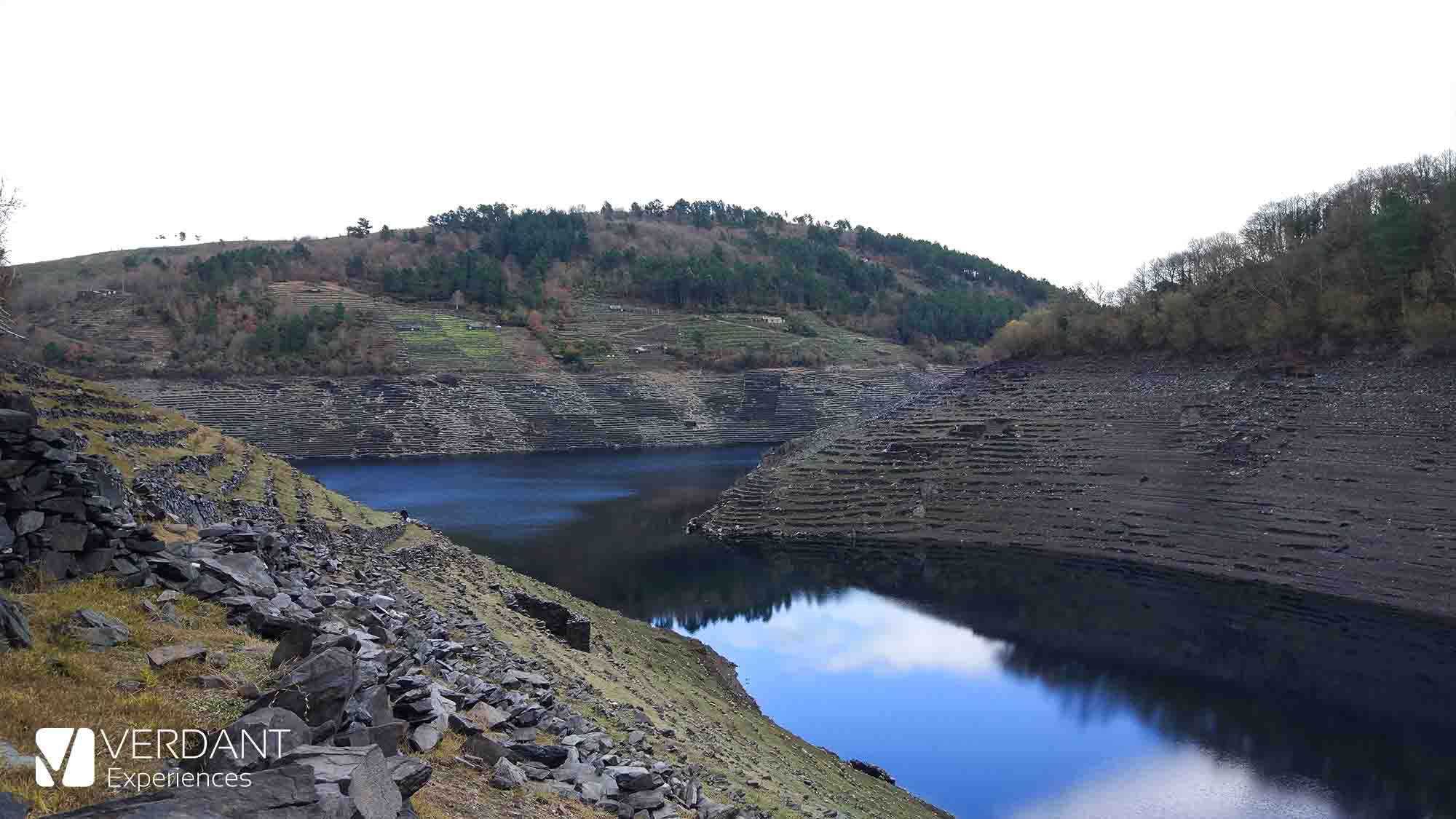 The access to the fortress is only possible when the capacity of the reservoir is below 25%, only then we can walk across until we reach the construction. 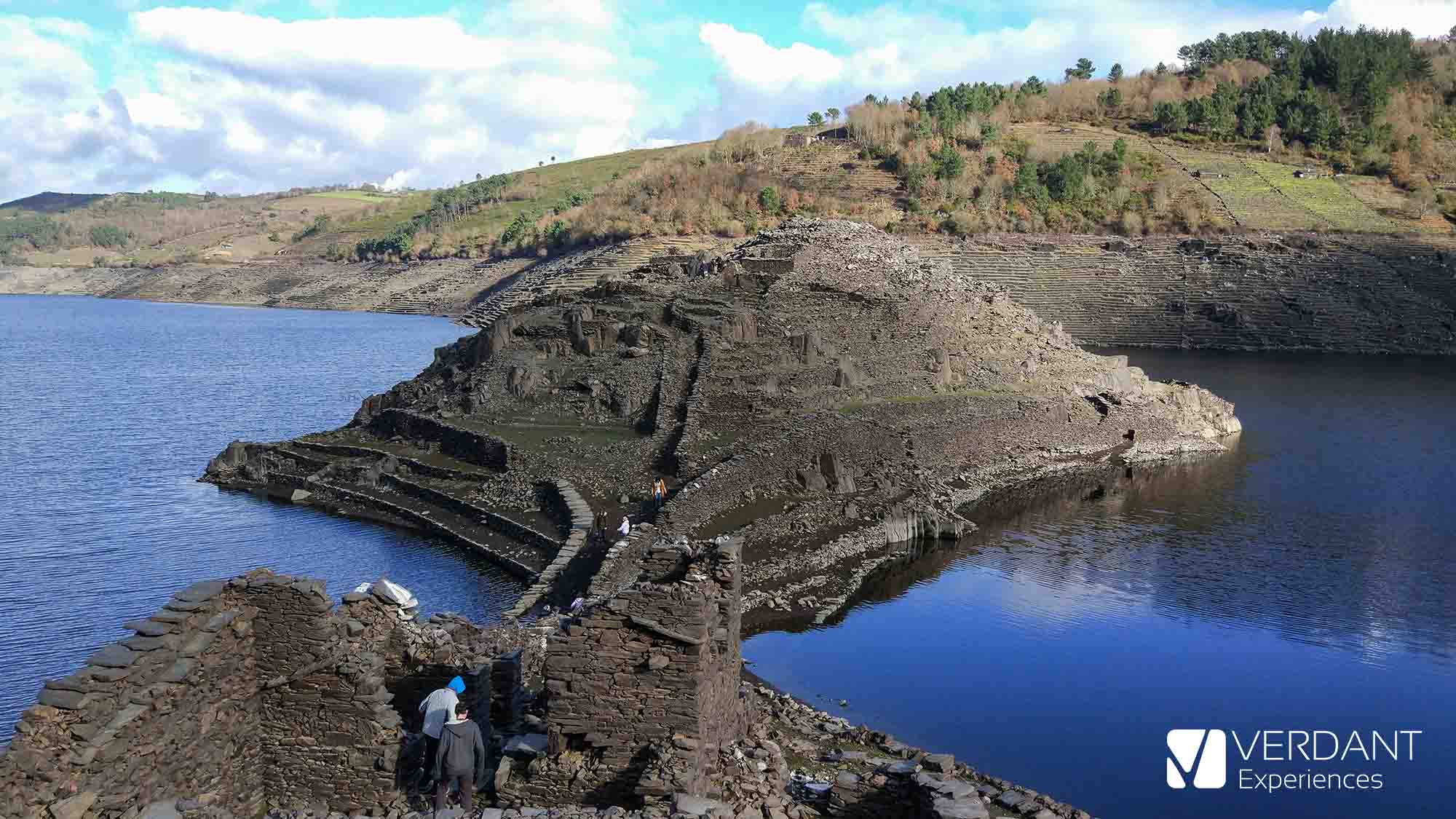 This fortress is one of the symbols of the medieval power of Galicia. Although it is assumed that this place was inhabited during the Iron Age, there is no archaeological evidence that can confirm it. 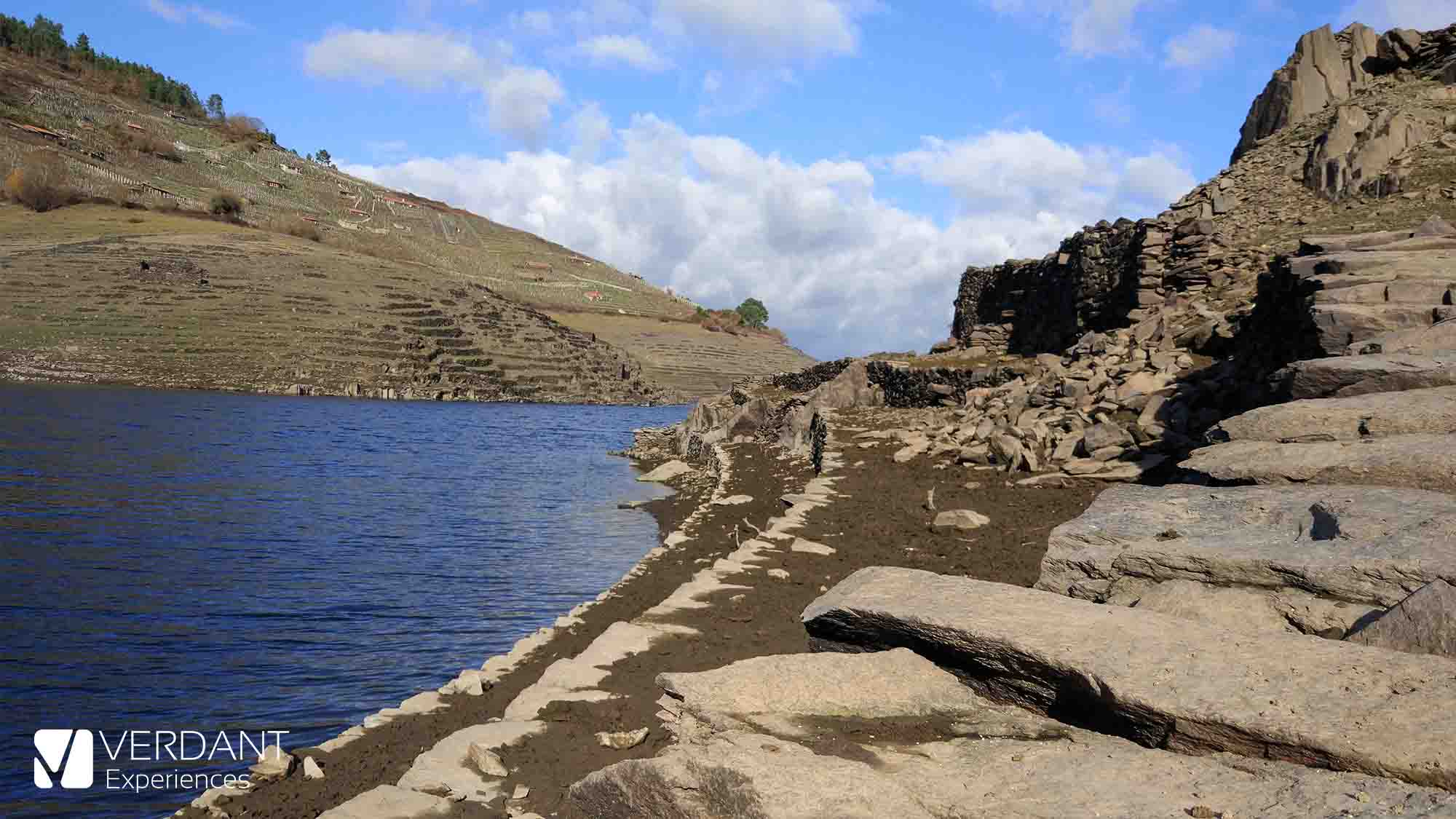 What historians can confirm is that it was the only fortress that confronted the vikings during their first invasions, which devastated Chantada. Its location and the walls of 2.10 meters high, show how complicated it would have been to invade the place. 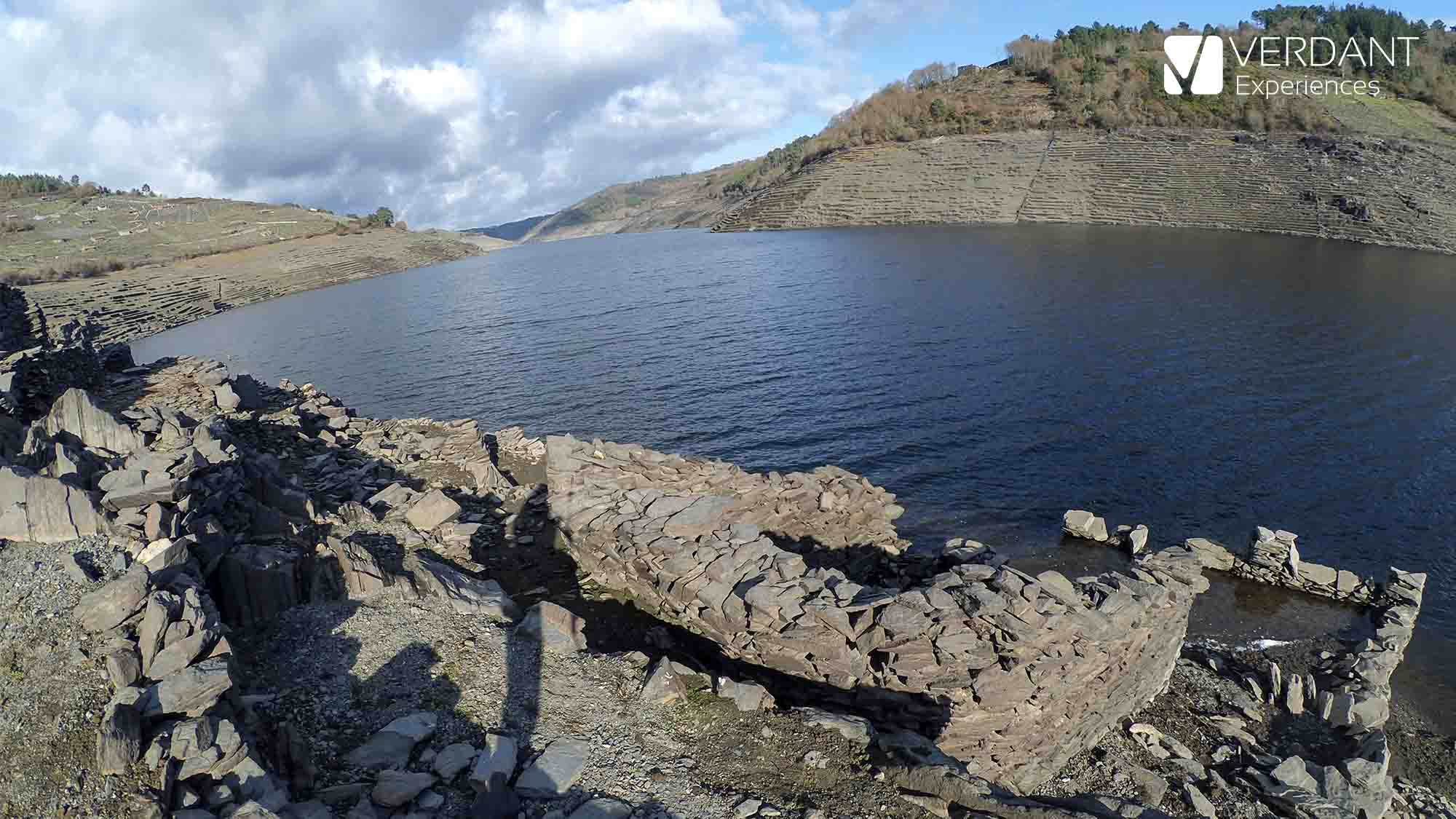 Already in the middle age Castro Candaz was fortified and from there they were able to control the passage through the river Miño. Already in 1467-1469 during the revolt of the Irmandiños the fortress was destroyed, being reconstructed later. Thanks to all these facts and to the use of the land for viticulture, it is difficult to see clear remains of each of the civilizations that have lived in this place. 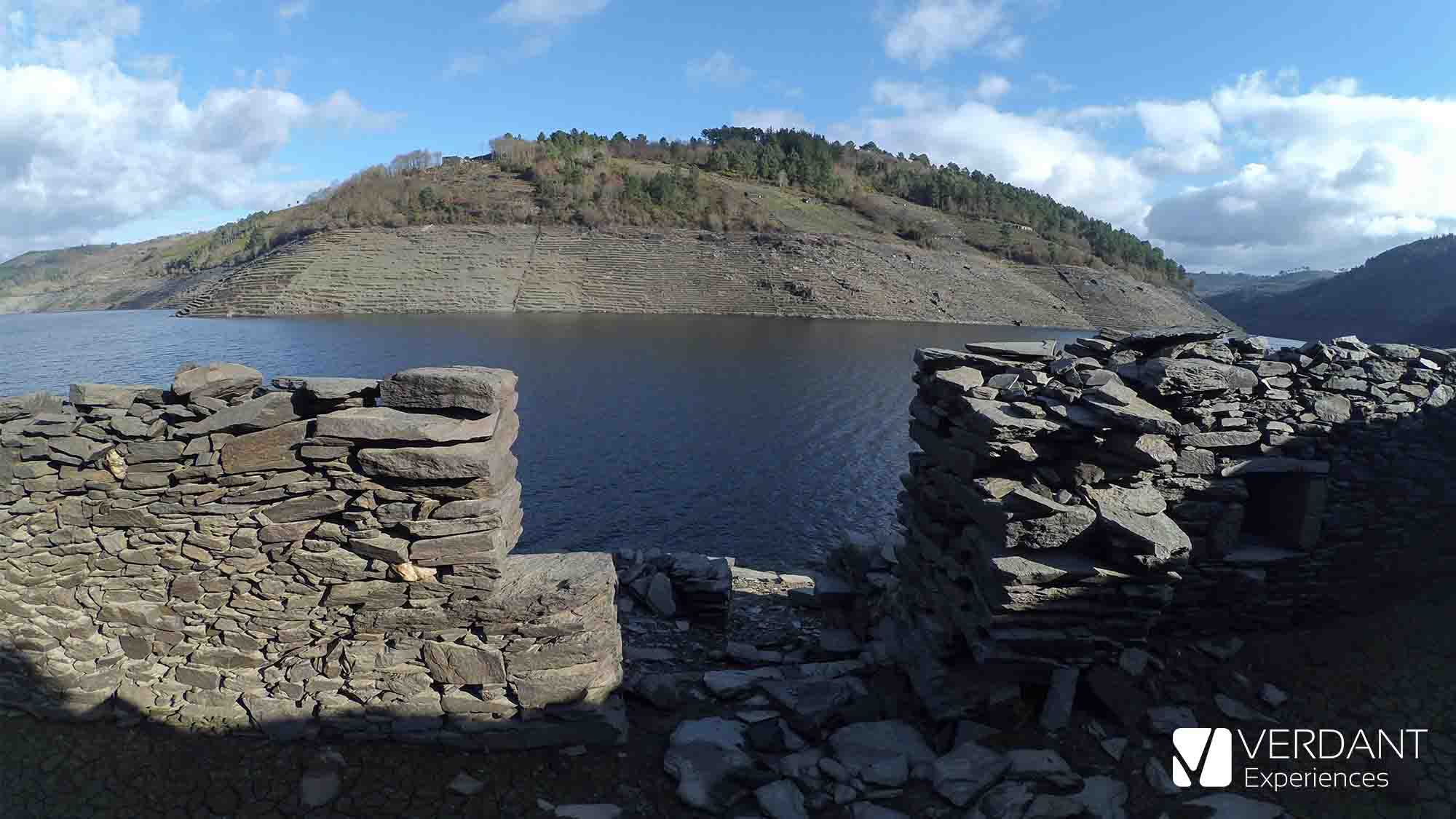 Castro Candaz besides being beautiful and having great historical importance, also has few legends. It is believed that there are treasures inside the settlement, assumptions that derive from the existence of two underground entrances that are currently flooded.

BONUS: not far from there, you can visit the remains of the old village of Portomarín that was flooded with the construction of the Belesar reservoir. You can walk along the reservoir, see bridges and houses that were flooded and if the weather accompanies, enjoy a beautiful sunset. 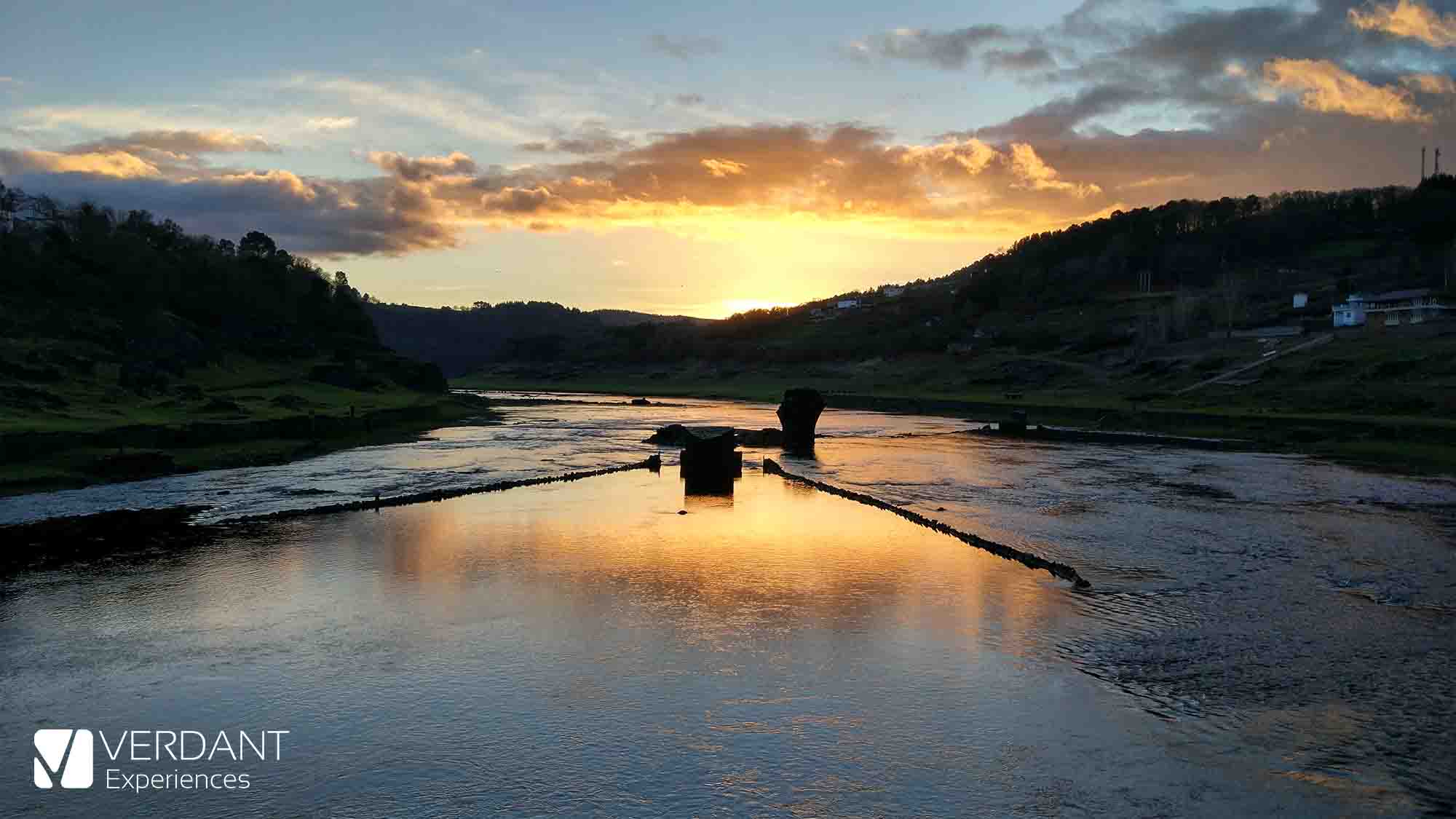 This is a visit that we can integrate in any of our tours in case it is of your interest. We can also create a new itinerary focused on a visit to this place.