The sanctuary of San Andrés de Teixido (Santo André de Teixido) is another of the magical places that we have in Galicia. And there are many reasons to be magical. Its location, the spectacular landscape of the Rías Altas that surrounds it or all the legends and traditions associated to this place...

San Andrés de Teixido is a small sanctuary and pilgrimage site located in the municipality of Cedeira, at the foot of the Sierra de A Capelada and the highest cliffs in mainland Europe, which have their highest point in Vixía de Herbeira (613 meters above sea level).

The way to get to San Andrés is, at least, spectacular. After an ascent to the Sierra de A Capelada, riddled with wild horses, the vertiginous descent begins along a winding road with the sea in the background at all times. 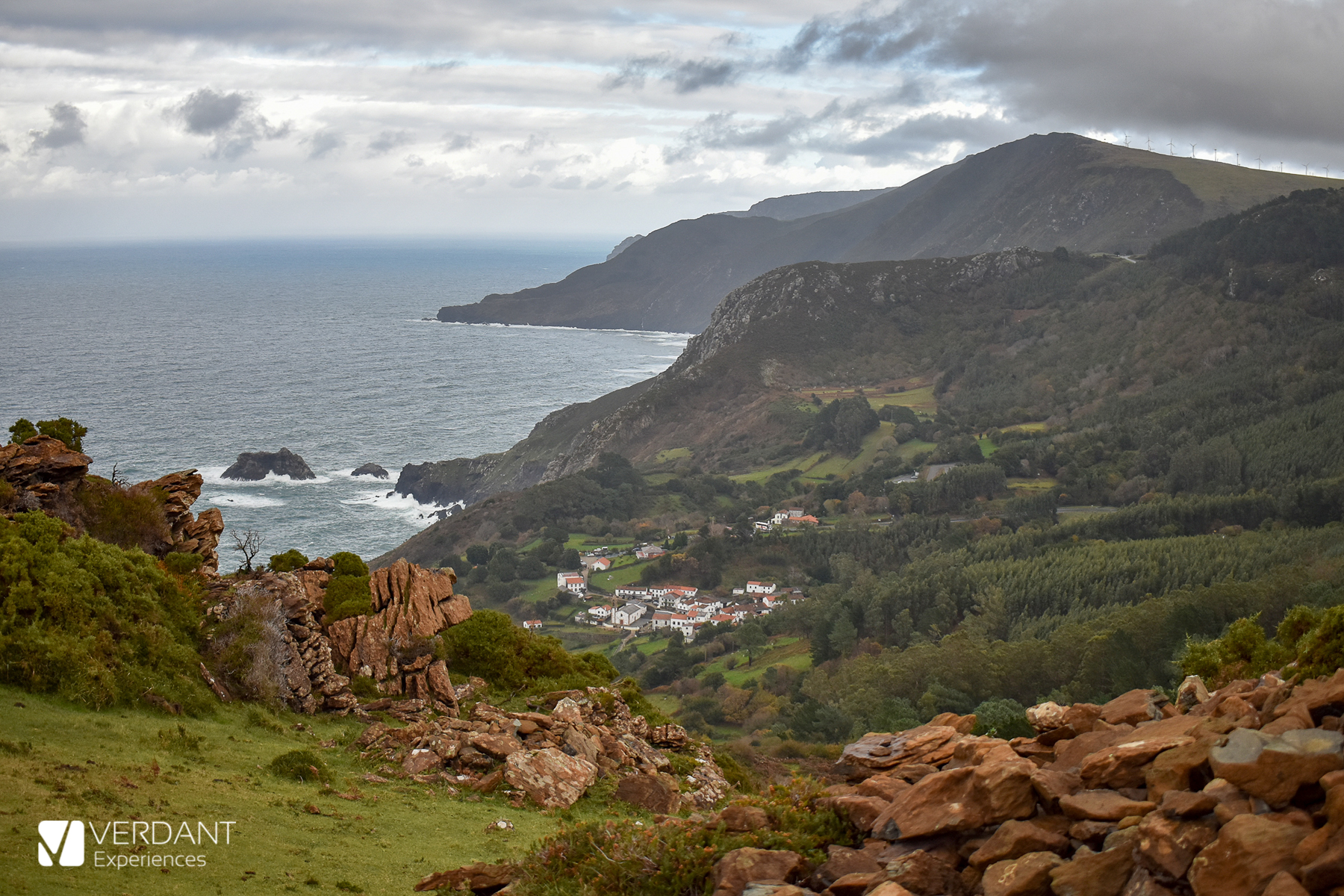 Legend says that the apostle Andrew (Andrés) was very sad due to the remote place where he was, so far from Santiago de Compostela, the core of the pilgrimages. So, God, to calm his pain, promised him that anyone who was not alive in Teixido would do it in death as a soul in Purgatory or will become an insect or reptile. And from there comes the famous proverb "a San Andrés de Teixido vai de morto quen non foi de vivo".

In Galicia, we have many traditions or legends related to death. Spaniards perfectly know that we, the Galicians, are very indecisive people. There is a proverb about us that says “los gallegos nunca saben si suben o bajan” (Galicians never know if they go up or down). So, just in case and conforming to the tradition, we go to San Andrés when we are alive. And perhaps, for that reason, the sanctuary of San Andrés de Teixido has been an important pilgrimage site in Galicia since time immemorial. Such is its importance that it is considered the second place of pilgrimage in Galicia, after Santiago de Compostela. 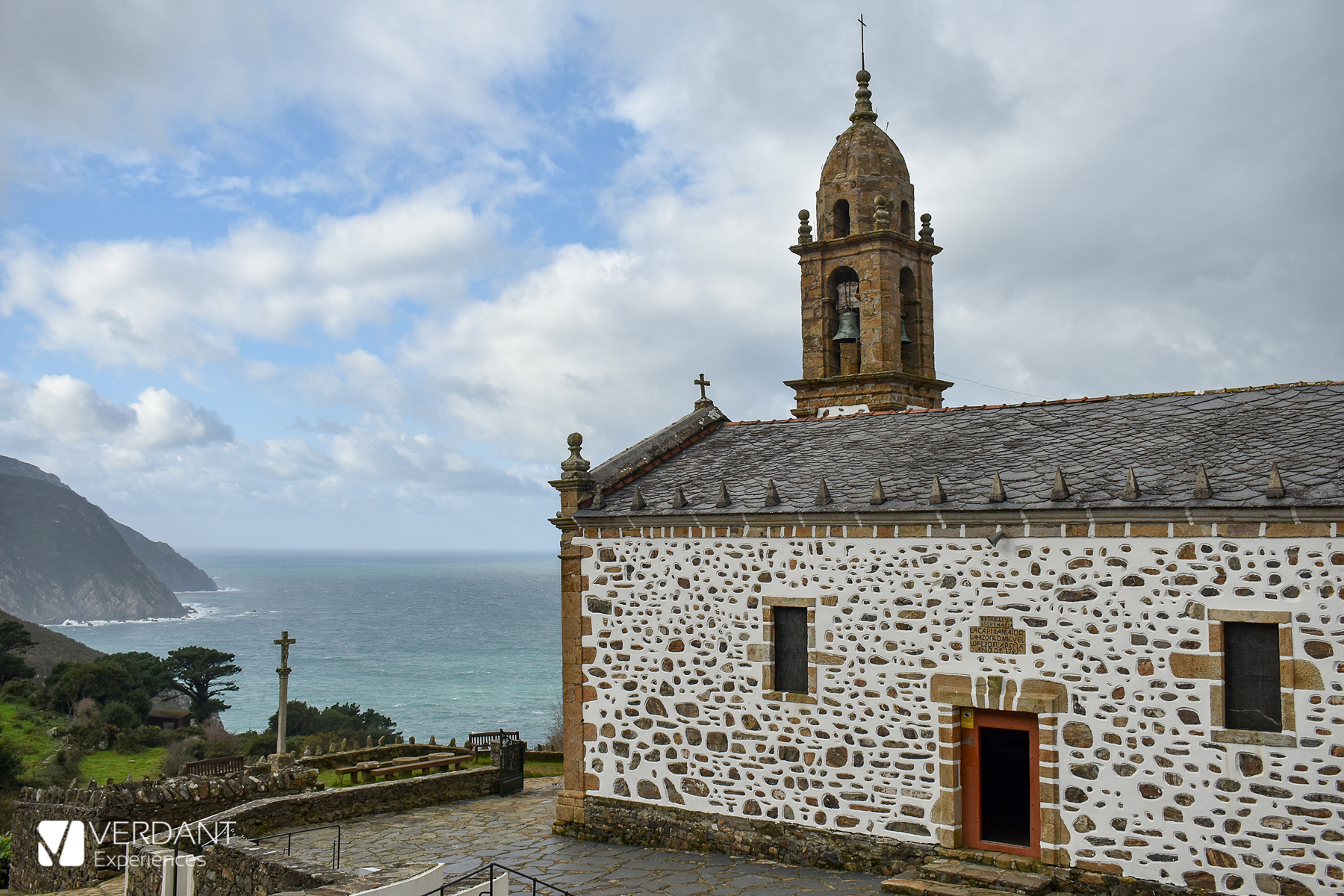 Up to here, many pilgrims come every year through any of the ways that lead to San Andrés, known as “Camiños de San Andrés”. And, such as the tradition dictates, each pilgrim carries a stone along the way, which he or she throws in a “milladoiro” (pile of stones) just before arriving to San Andrés de Teixido. That stone symbolizes the pilgrim's sins, which he "gets rid of" before reaching the sanctuary.

Just like the Caminos de Santiago (Ways to Santiago de Compostela), there are many ways to get to San Andrés de Teixido. The best known is the “Camiño Vello” (Old Way), a path that begins at the foot of the Monastery of San Martiño de Xubia. You can see all of them here. 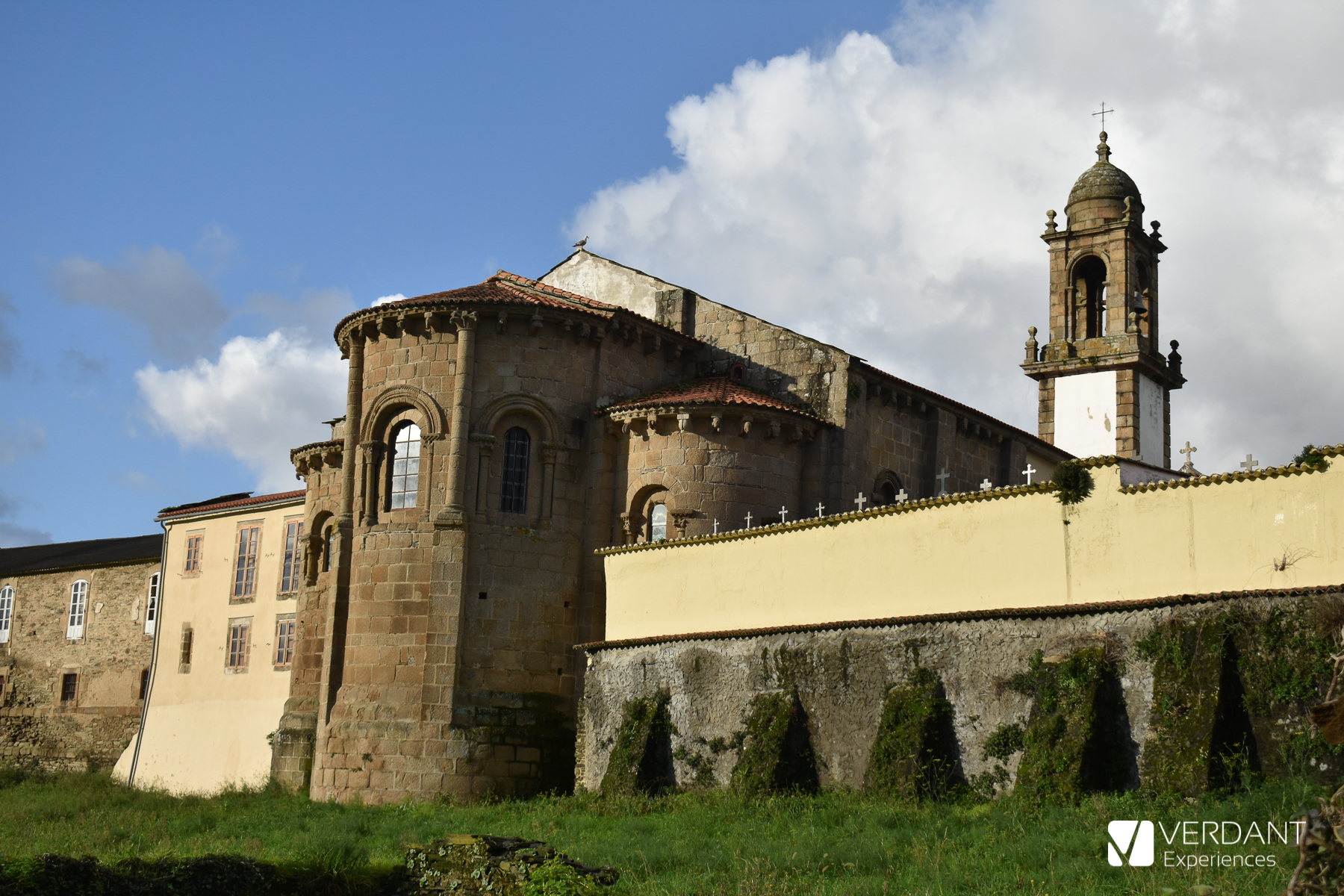 However, everyone who comes to San Andrés de Teixido, either pilgrim or visitor, must comply with a series of rituals. So, take a pen and write down.

The first thing you should do is to go into the sanctuary to light a candle and ask the saint for good wishes for you and your loved ones. Once you have done that, you can go down to the “fonte do santo” (saint’s fountain) and there, you must drink water from the three pipes, make a wish and throw a small breadcrumb into the water. But be careful how you do it, because you will not be able to lean against the wall while you are drinking. You will know if your wish will be fulfilled if the breadcrumb floats in water. ;) 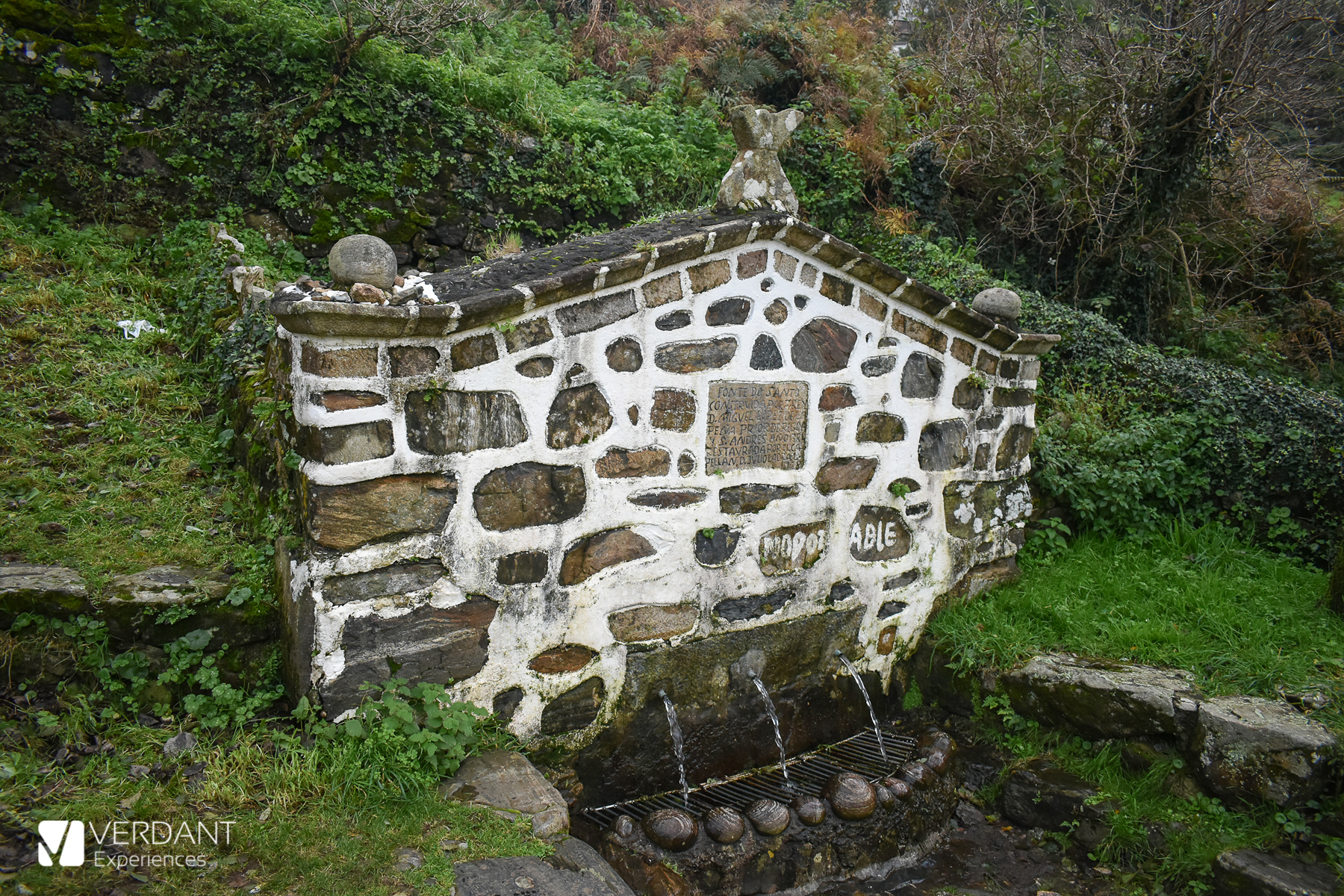 And, very important, you cannot leave San Andrés de Teixido without trying their delicious rosquillas (donuts), take a bouquet of "herba de namorar" (plant to fall in love) or acquire their amulet par excellence, the "sanandreses". The "herba de namorar" will be your ally to finish win over that person you love so much while the sanandreses, those baked bread figures in the picture, will protect you in the most important aspects of your life. It is said that anyone who carries them will never be helpless. But, remember, you will do all of this while you are alive, because “a San Andrés de Teixido vai de morto quen non foi de vivo”. 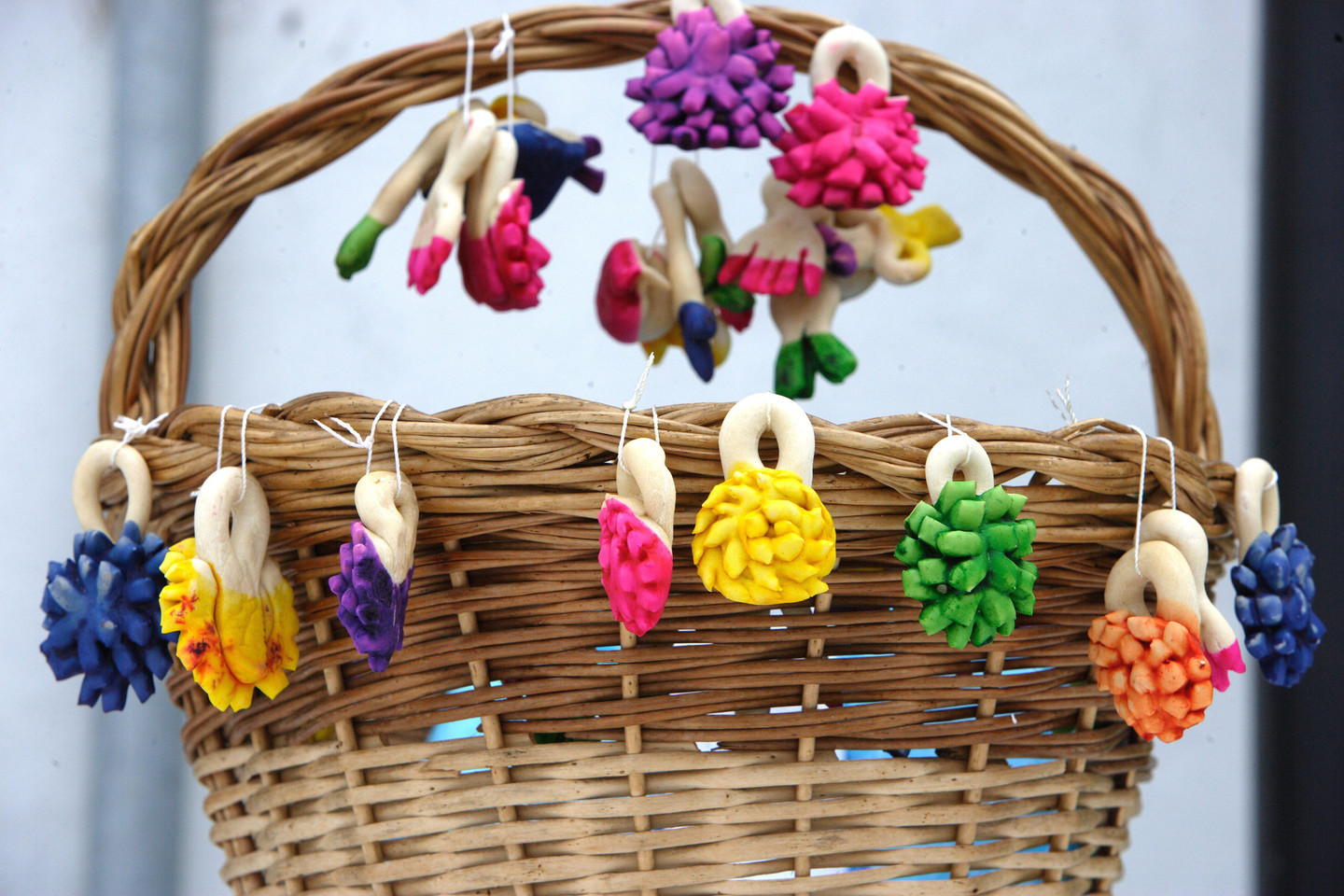 And such as the tradition dictates, at Verdant Experiences we visit San Andrés de Teixido every year to achieve with each and every one of the customs associated with this place. If you also want to "go when you are alive", you can contact us here. And keep in mind that if you go to San Andrés de Teixido, you must be very careful with insects and reptiles, because they can be reincarnated souls that have not been there when they were alive ... :) 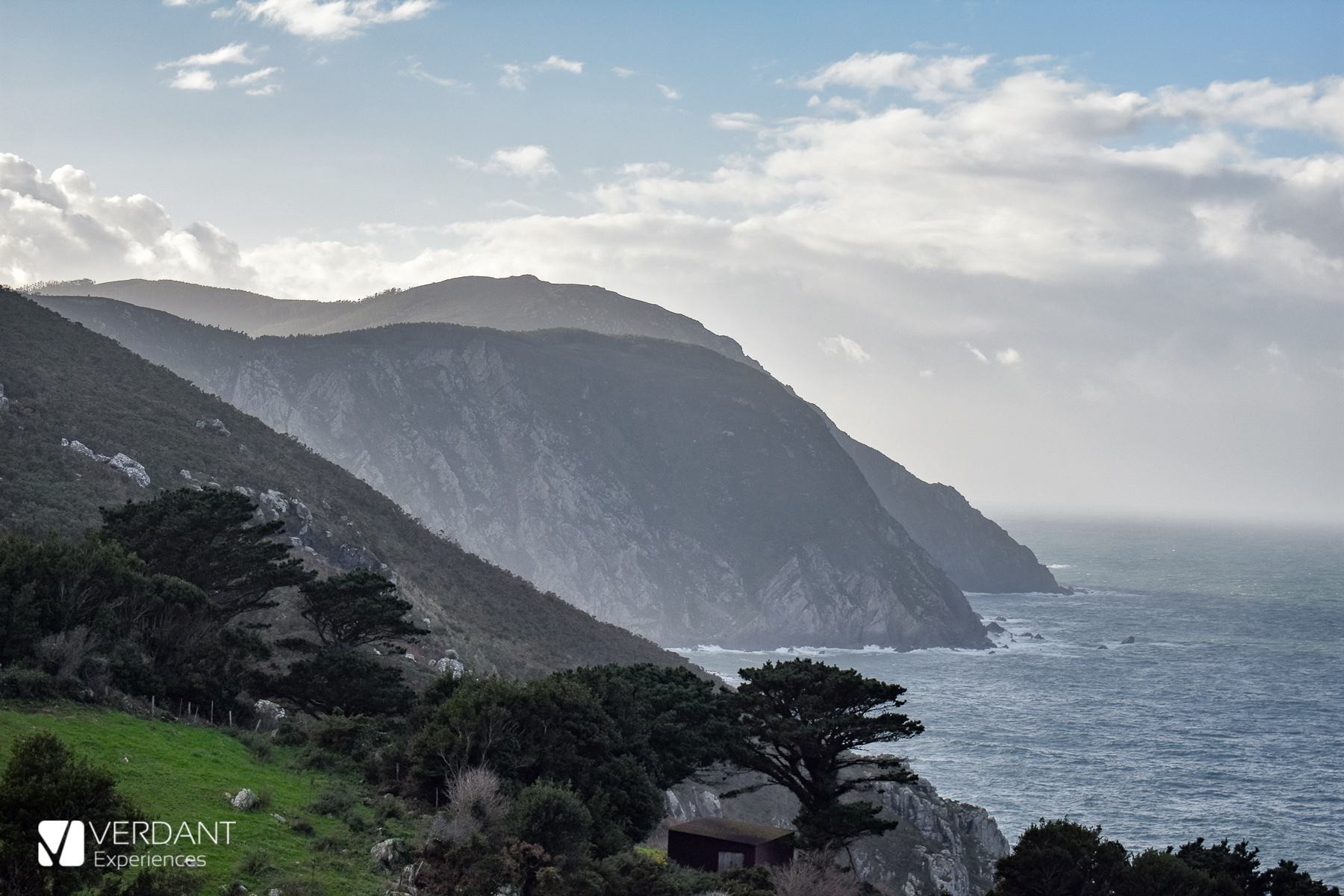 If you want to imagine what the pilgrimage to San Andrés de Teixido would be like, we recommend the movie "Pelerinaxes". In the film, the protagonist relives the story narrated in the book written by Otero Pedrayo, a famous Galician writer belonging to the "Xeración Nós" (a literary movement), who documented his pilgrimage from Ourense to San Andrés de Teixido in 1929.