Santome, the coexistence of two civilizations

Santome, the coexistence of two civilizations 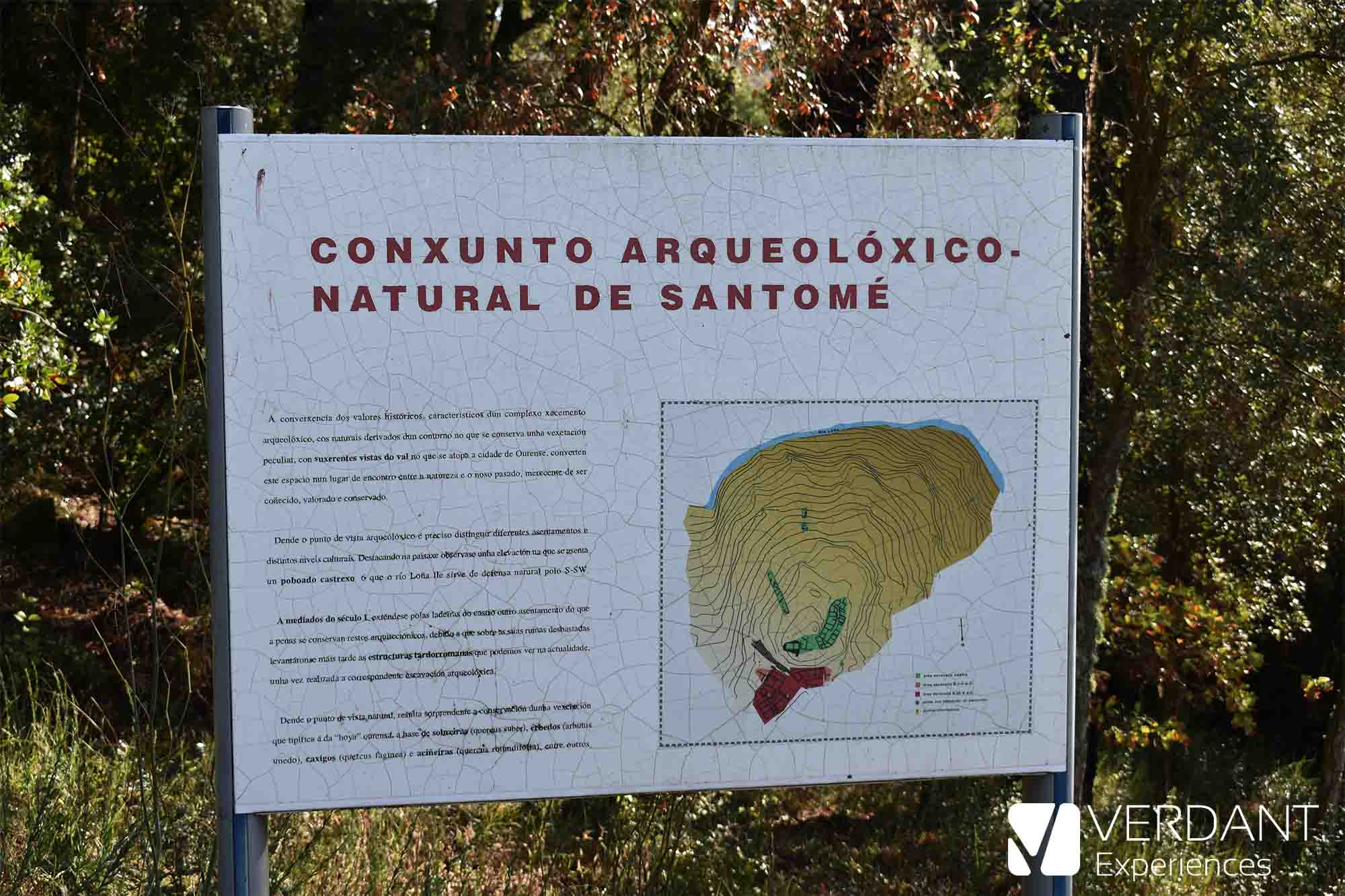 It is an exceptional place strategically speaking, where its inhabitants, besides being able to control part of the valley where the city of Ourense is located, also had a privileged place for the defense of their population thanks to the sloping hillside that reaches the Lonia river. 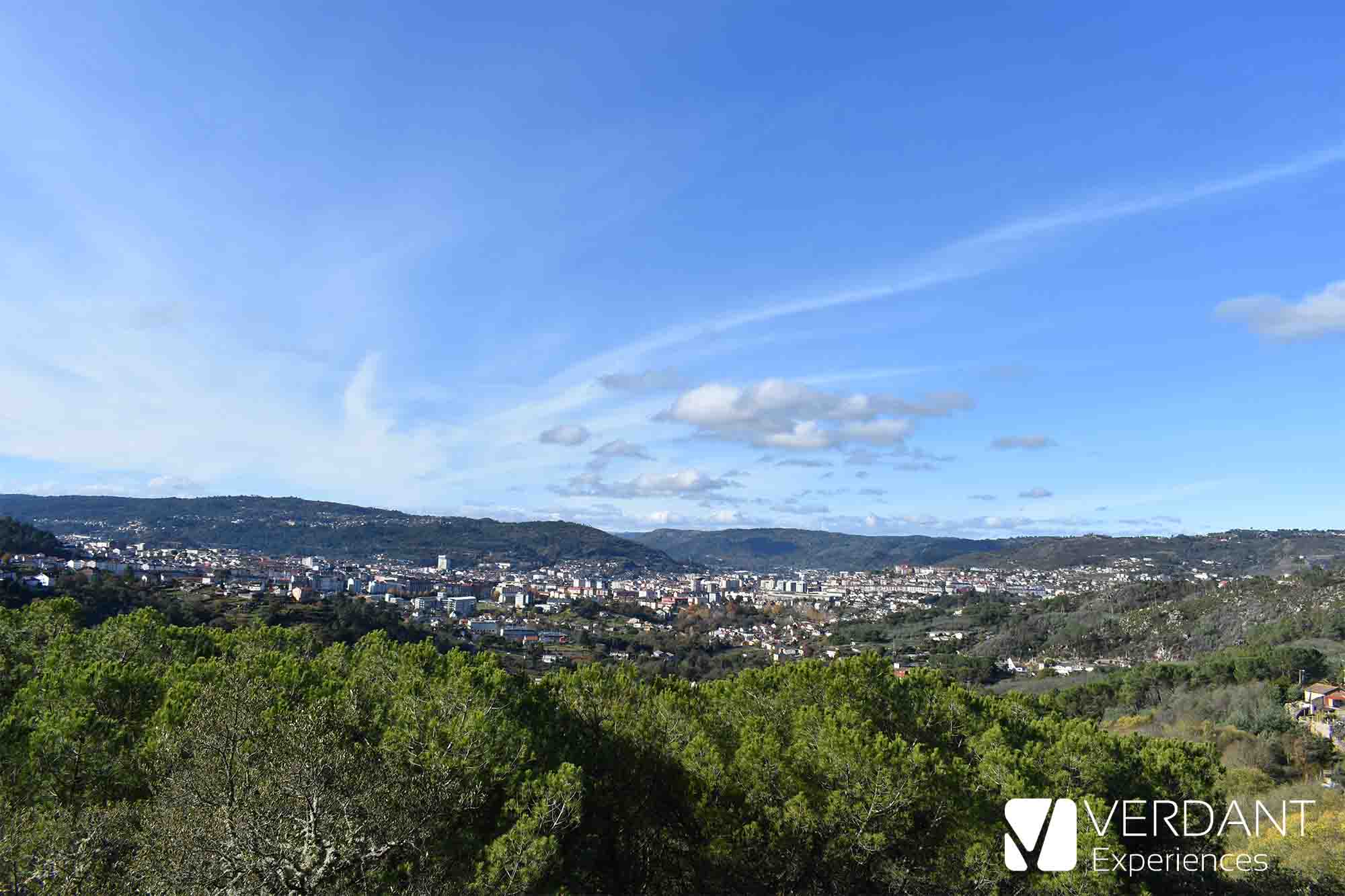 This archaeological site stands out for being a great example of coexistence in the same space and time of two very different cultures: on the one hand the “Castreña” culture of the Celtics that inhabited Galicia in the Iron Age, and on the other Galician-Roman culture with the arrival of the Roman Empire to the territory. 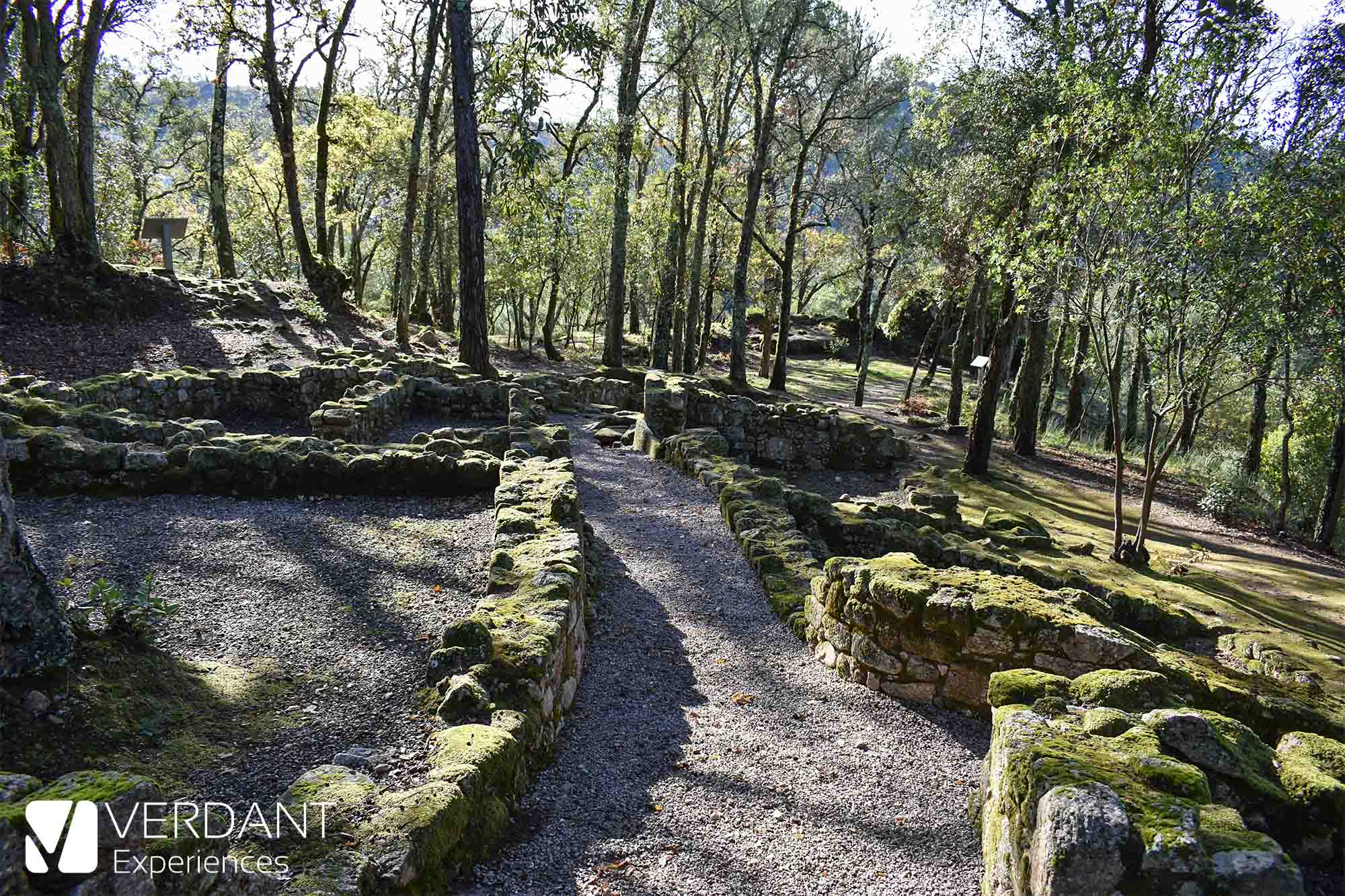 The oldest part of the settlement is placed in the highest point where you can find the remains of a “Castro” (Hillfort, a fortified village of the Iron Age), in it you can see remains of circular buildings and the base of a watchtower, all dating from the 2nd and 1st century B.C. These remains extend down the slope, to the Lonia River. 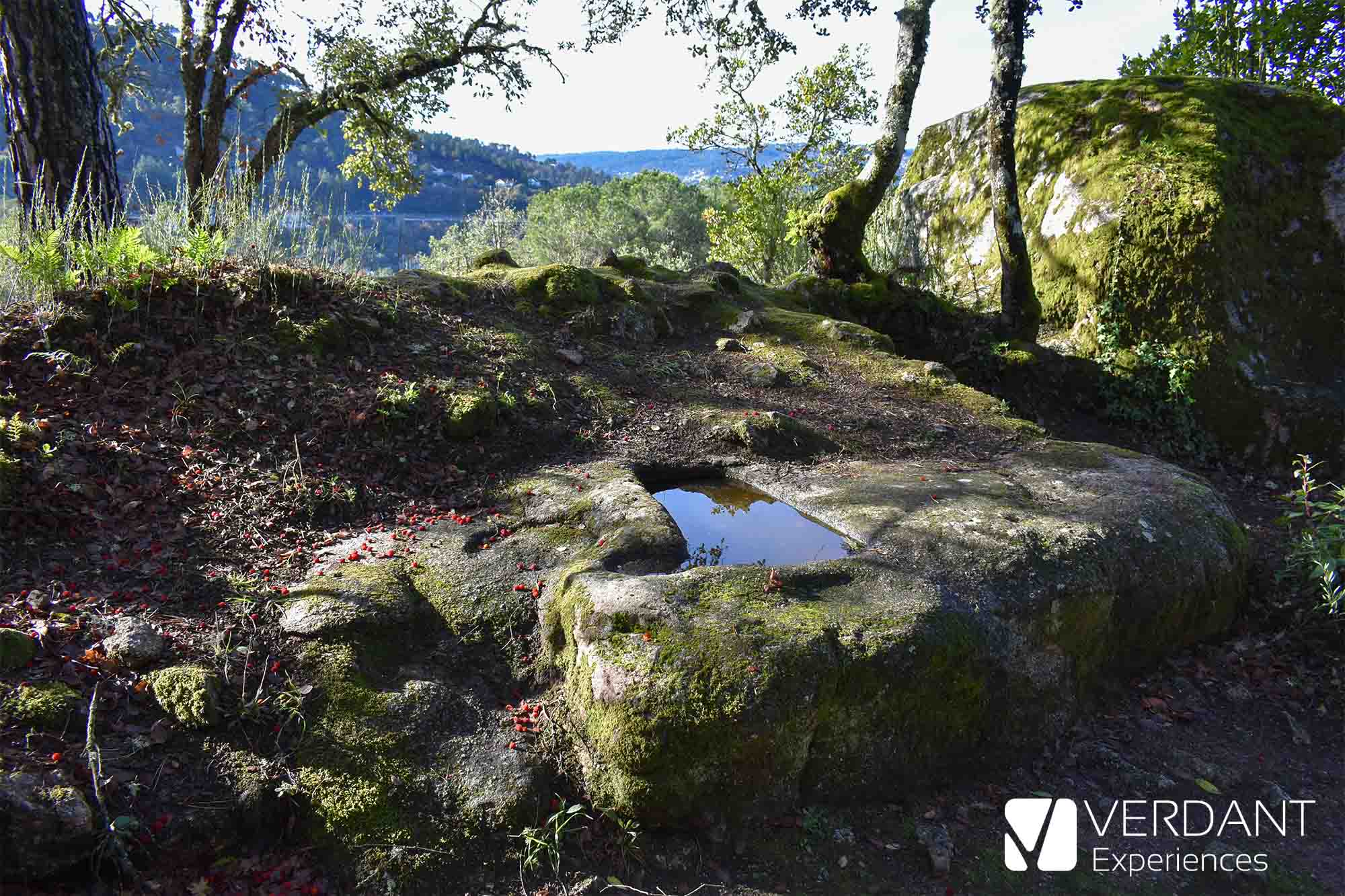 With the arrival of the Romans a new style of construction is seen, the buildings appear with square and/or rectangular shapes and we can also see the paved roads. It can be seen that both styles coexisted during the 1st century A.D., which indicates that both the Roman style and the “Castreño” fit well during all that time, without one making the other disappear. 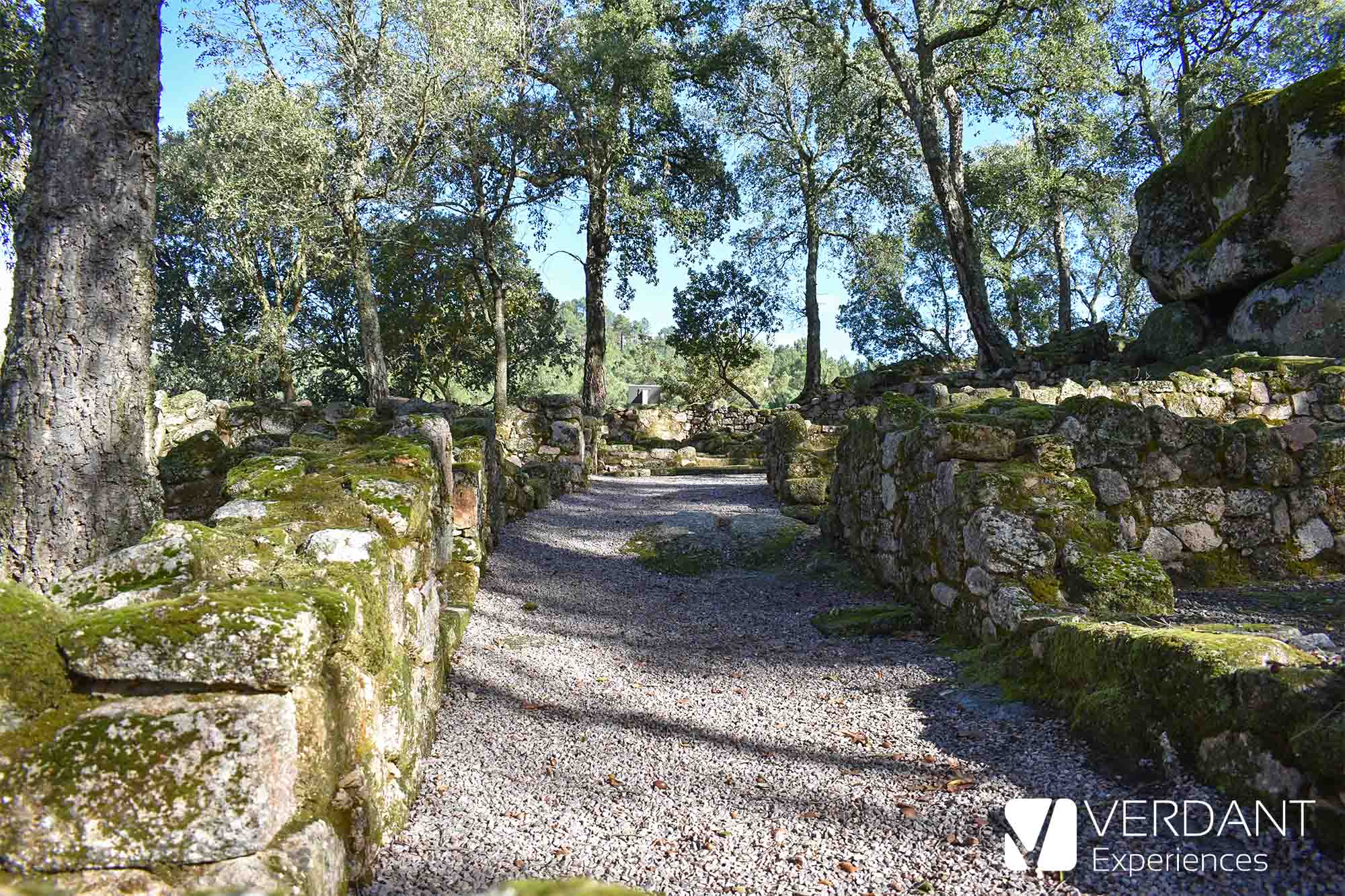 Both the Roman and “Castreño” settlements were abandoned in the second century A.D., and a century later the area was again occupied but with traditional Roman models. These most recent buildings can be seen at the entrance next to the information office. 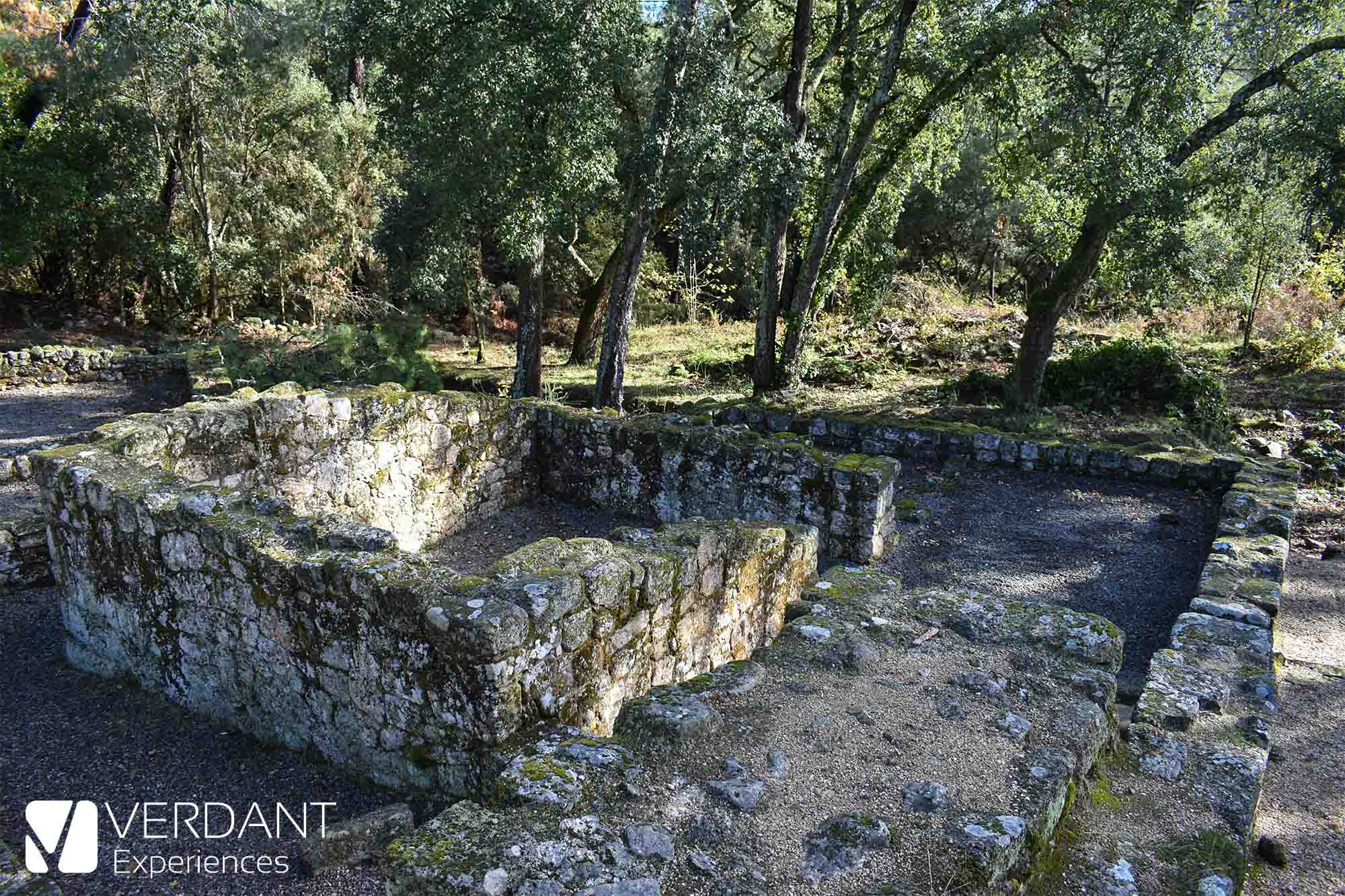 We would also like to highlight the place where it is located; it is placed in a valley on the Lonia river where you can see a beautiful forest with cork oaks, holm oaks, oaks, varieties of pines and a large number of arbutus.

Bonus: bordering the archaeological site, towards the Lonia River you can also see the giant's kettles produced by the erosion of the rocks due to the swirling water. 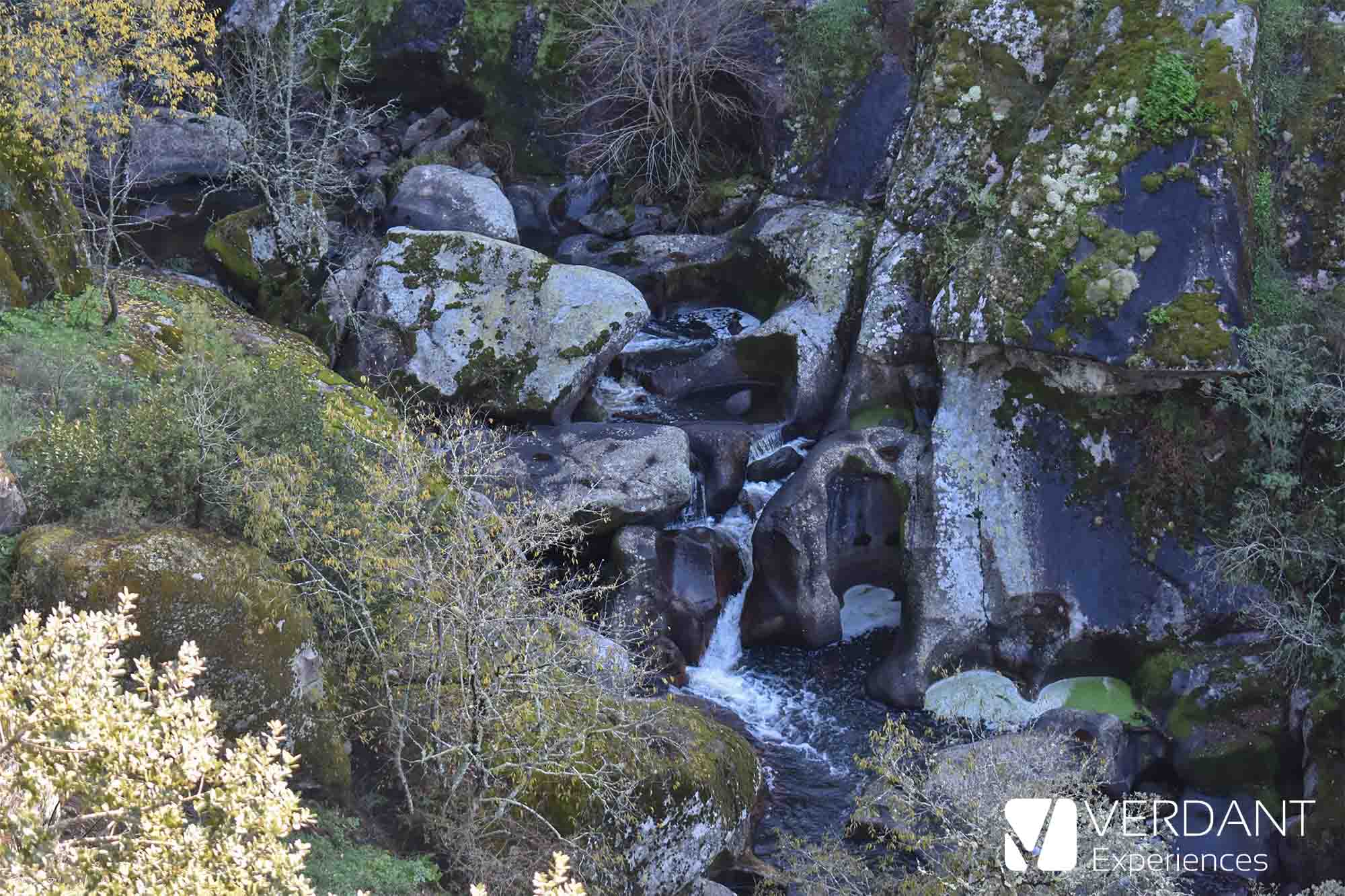 If you would like to visit the Santomé with Verdant Experiences, we would love to plan a private visit tailor made for you and your beloved ones! You can contact us here.