The Harvest, an ancient tradition

The Harvest, an ancient tradition

The vendimia is how the grape harvest is called in Spanish. It’s a extremely ancient tradition: there are records of the harvest process from the times of the Egyptian pharaohs 2 millennia BC. 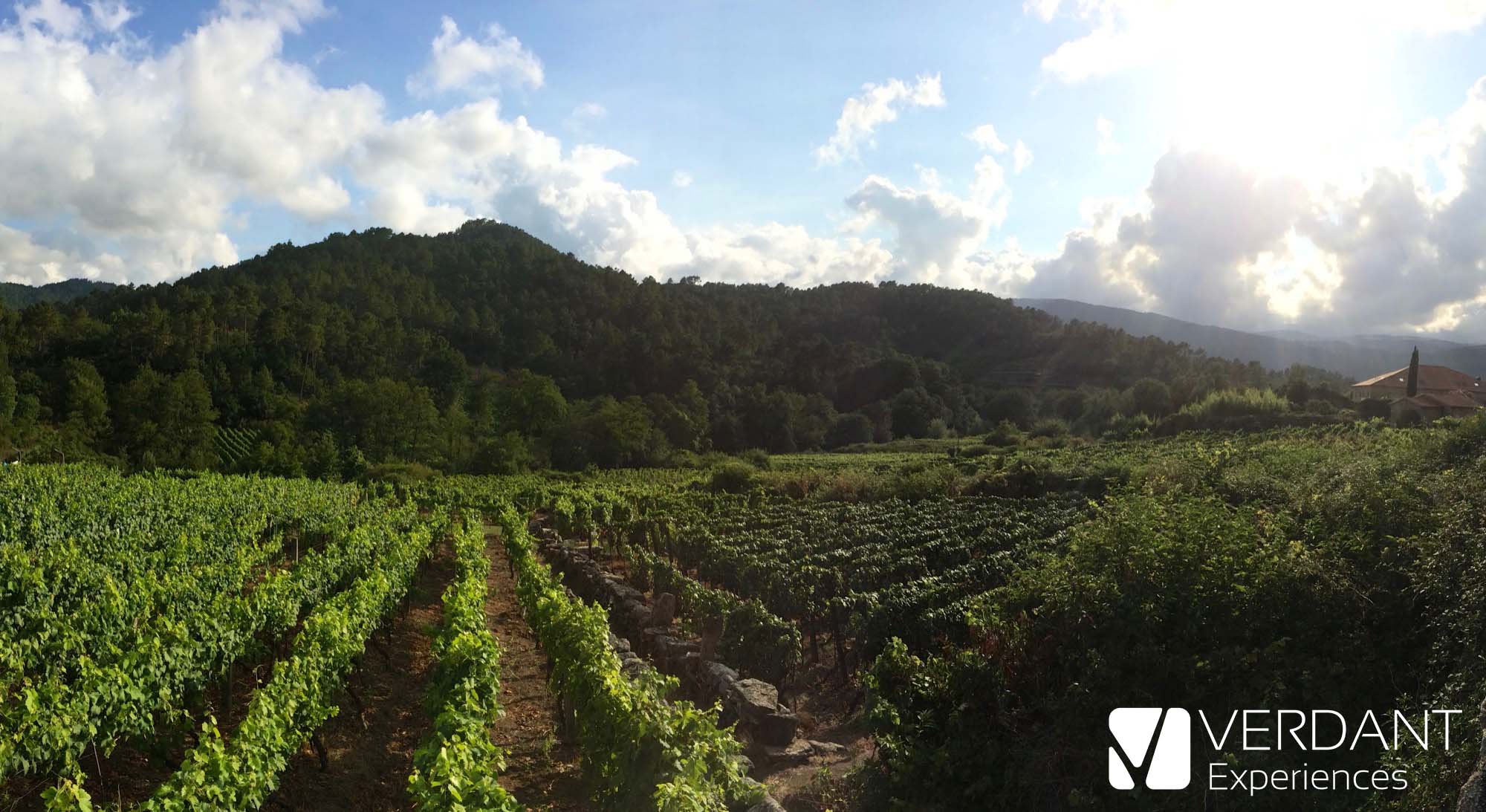 The harvest process has been mechanized in several wine regions, because it saves costs in labor, but in the Galicia and the North of Portugal it is still done the traditional way: manually. This is due to several factors: the terrain orography, the amount of small parcels with no access for heavy machinery, and the fact that the vendimia is a deeply rooted tradition among Galician and Portuguese families. 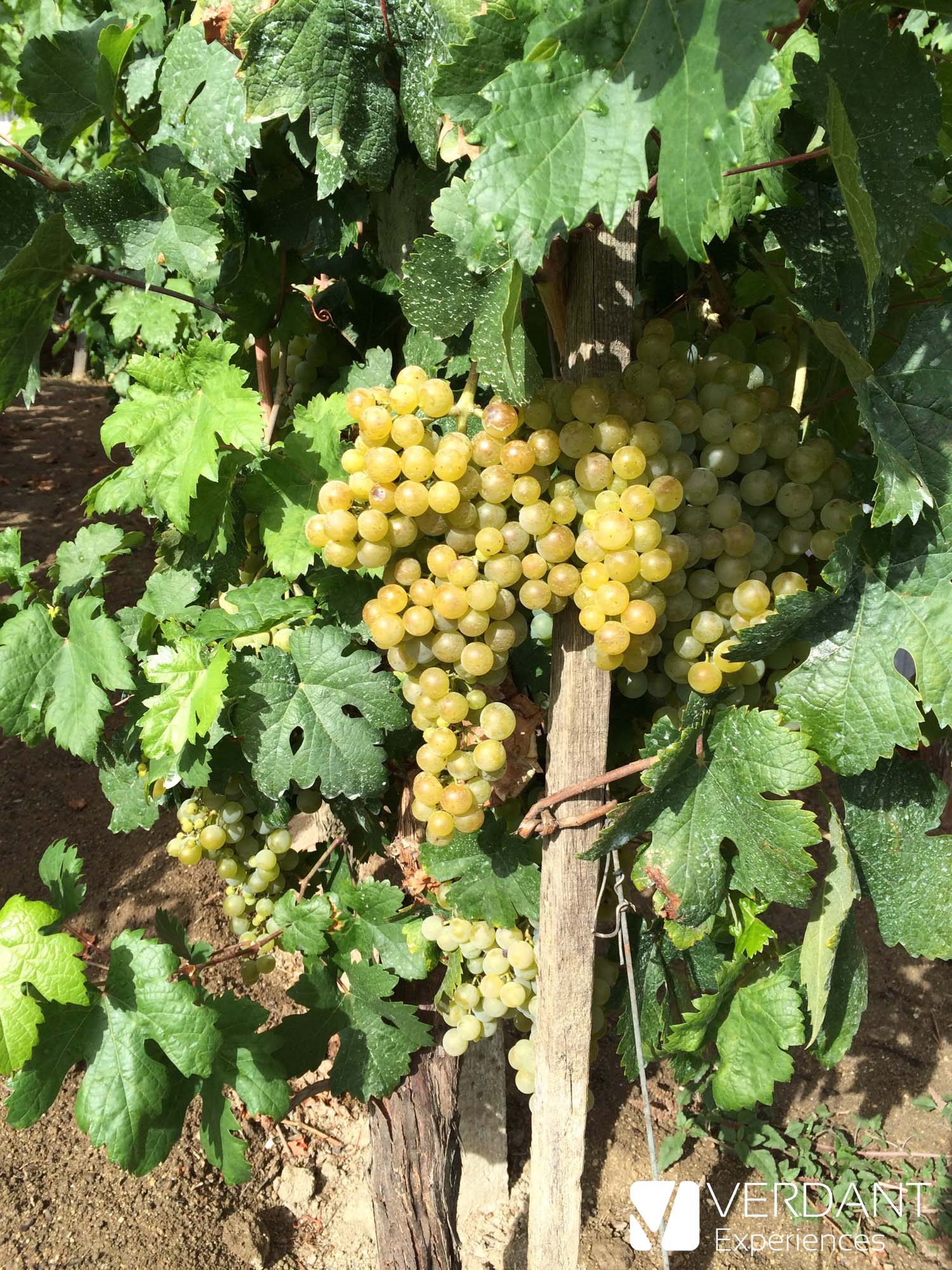 The vendimia is a job, but it’s also a festivity: a good harvest is the reward of a full year of continuous work and care of the vineyards, that will result in great quality grapes and therefore excellent wines!

In Galicia and the North of Portugal, the harvest is a family tradition: it’s common that several families team up and help each other with their harvests. 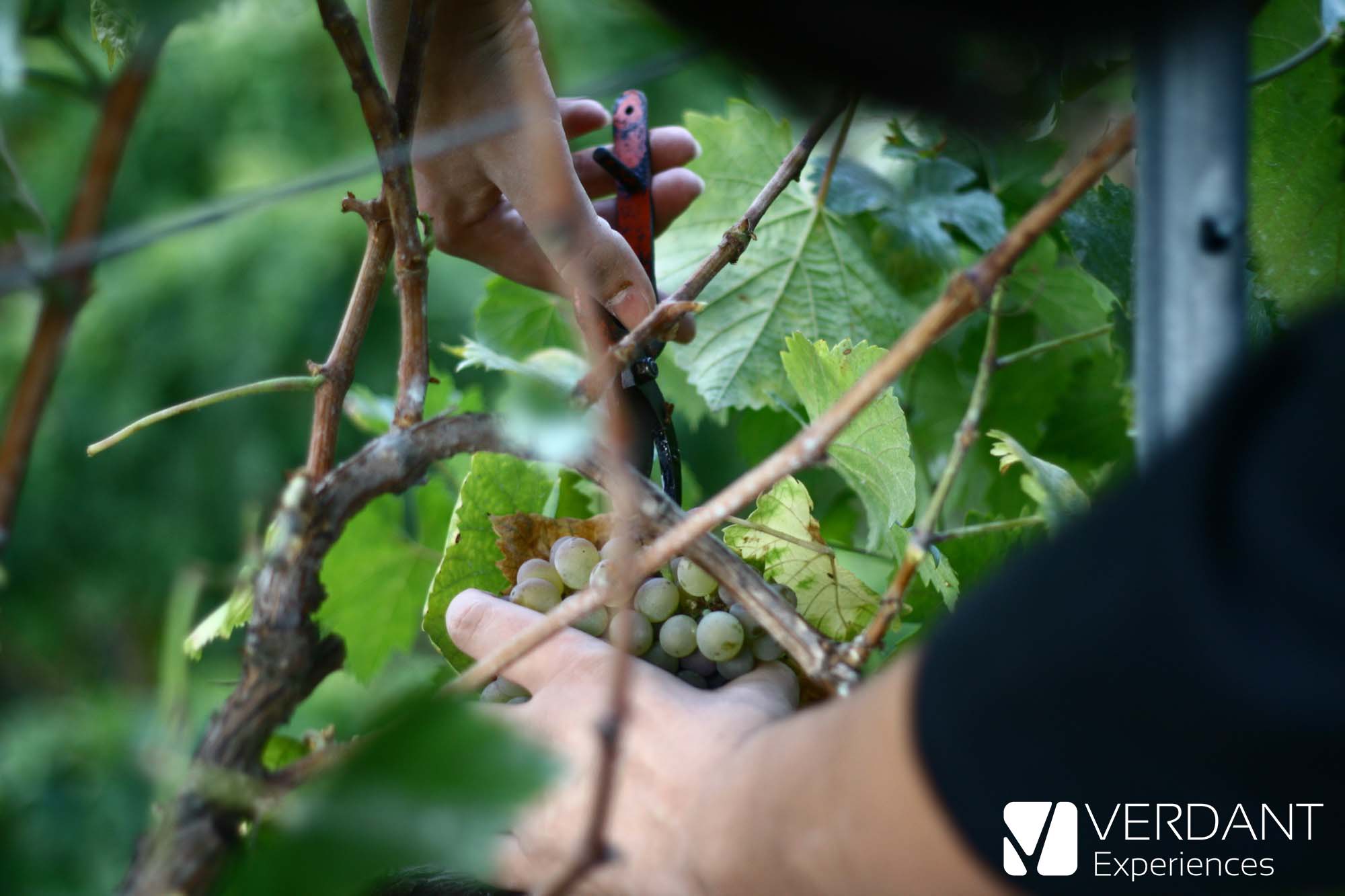 Decades ago, the grapes were stored in 50Kg sacks, but the quality of the wine was compromised because with so much weight, the grapes in the bottom of the sack would crack and that grape juice (mosto) would start the fermentation process already in the sack.

Nowadays, everyone uses boxes during the harvest instead of sacks. They have several advantages:

In a family owned winery, there are different roles during the harvest. The most common ones are these three: 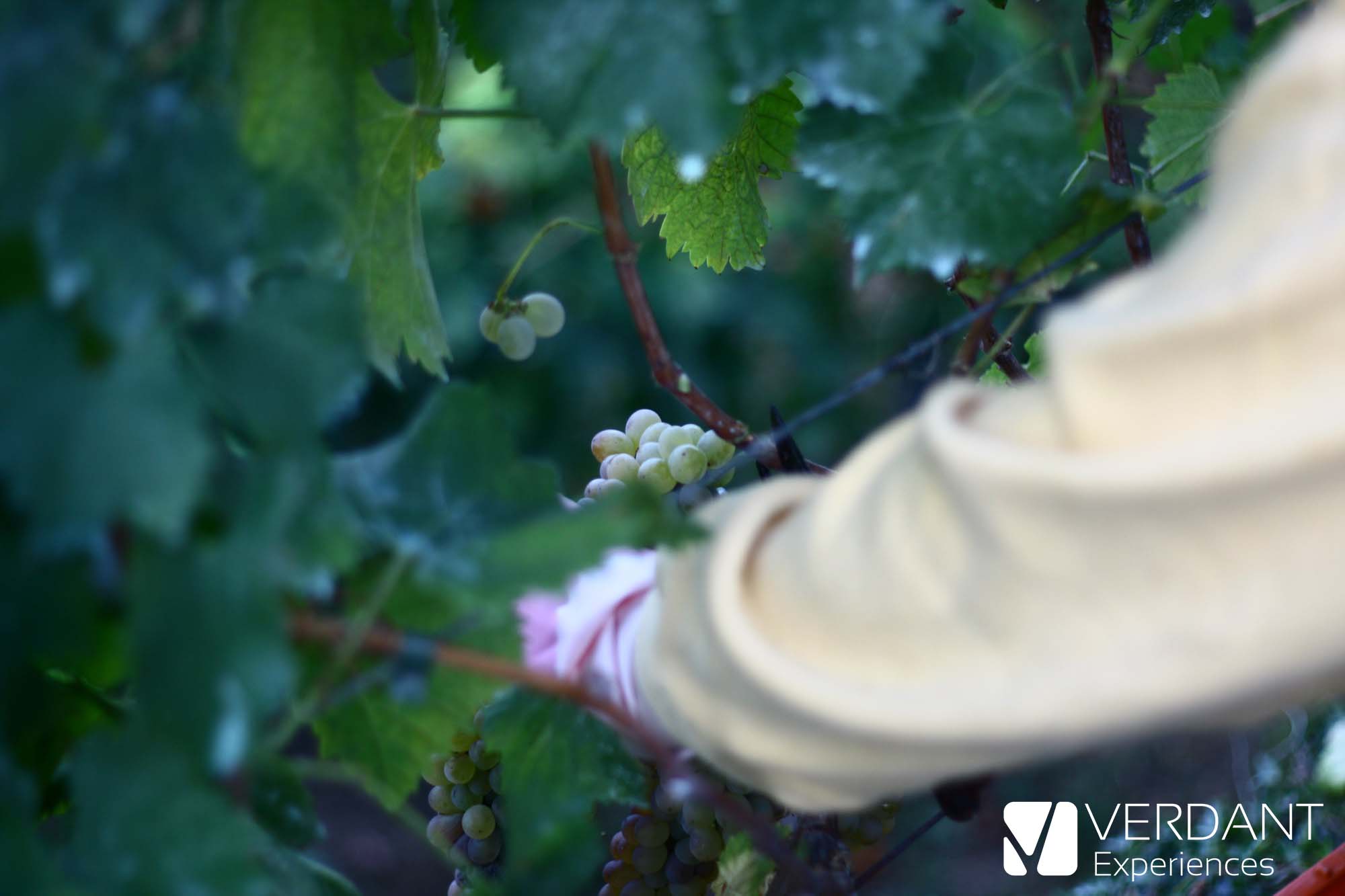 The names might change depending on the wine region, but their roles are always the same. These three names above are the most common in the region of O Ribeiro, but in the other wine regions of Galicia (Ribeira Sacra, Rías Baixas, Valdeorras and Monterrei) there might be other ones.

In the Northwest of Spain and the North of Portugal, the harvest is done between the end of August and the beginning of October. The exact dates vary every year, depending on the weather: grapes will reach their optimal ripeness sooner or later based on how much sun and rain they’ve been exposed to during their lifecycle. 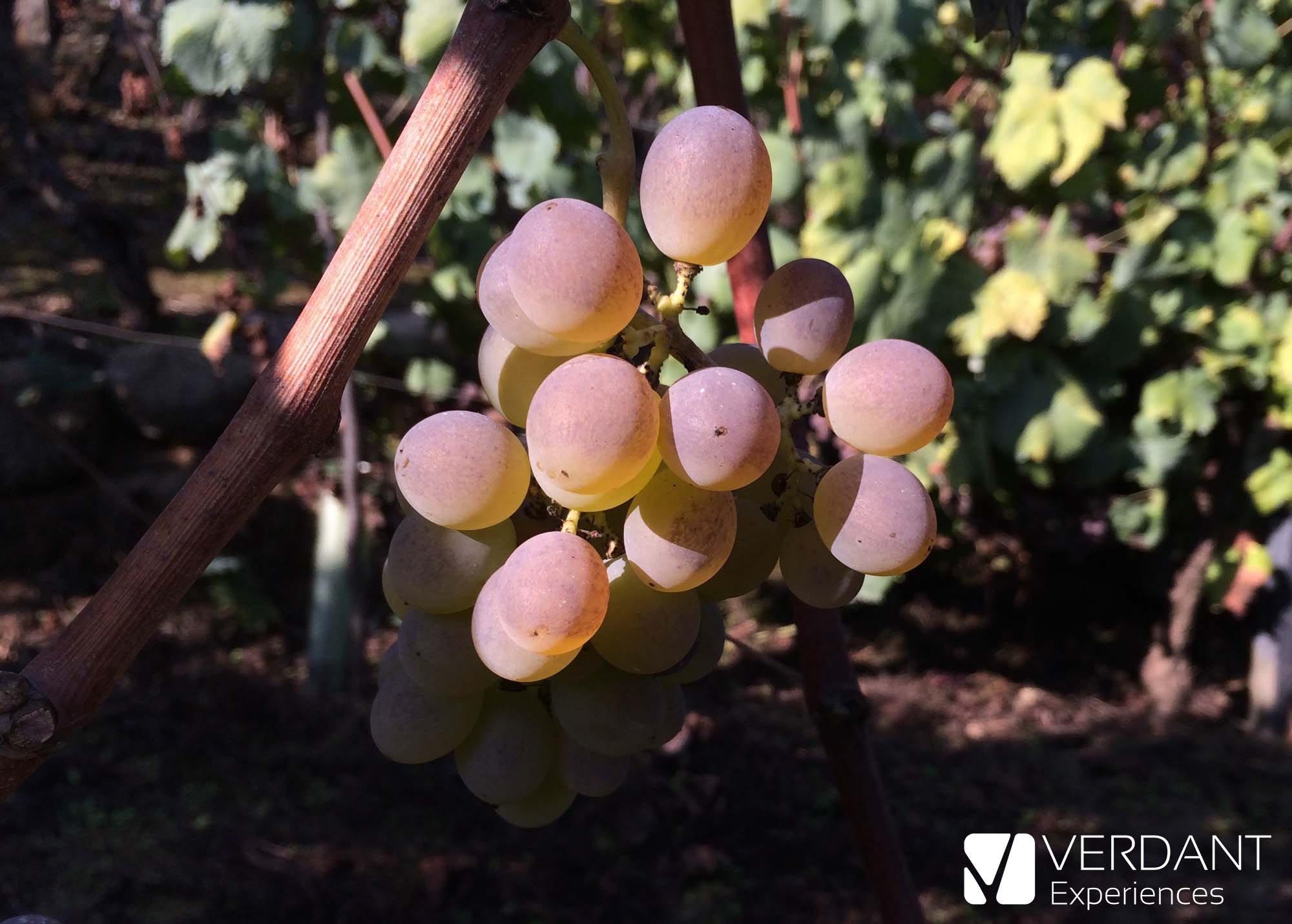 Participating in a family owned winery harvest is an ancient tradition, an amazing experience that you will never forget. If you would like to participate in the 2018 harvest please contact us and we will arrange that experience for you!