Defying the laws of nature, the vineyards in Ribeira Sacra are arranged on terraces, sometimes even breaking through large stones, taking advantage of every inch of soil, the vines sprout on vertiginous slopes in this land. We  define this as heroic viticulture.

Wines that were already savored by the Caesars and that have their own appellation  of origin since 1996. 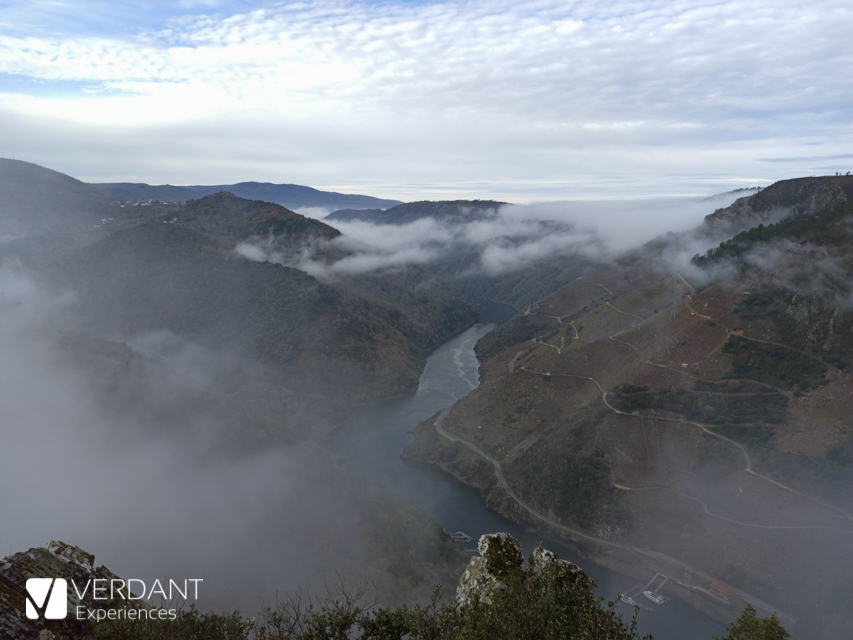 The wine and wine by-products (fantastic spirits are made in Ribeira Sacra), the excellent quality of meat (with own bovine breed: the caldelá) or one of the most famous desserts in Galicia, the bica (similar to a sponge cake, based on butter). 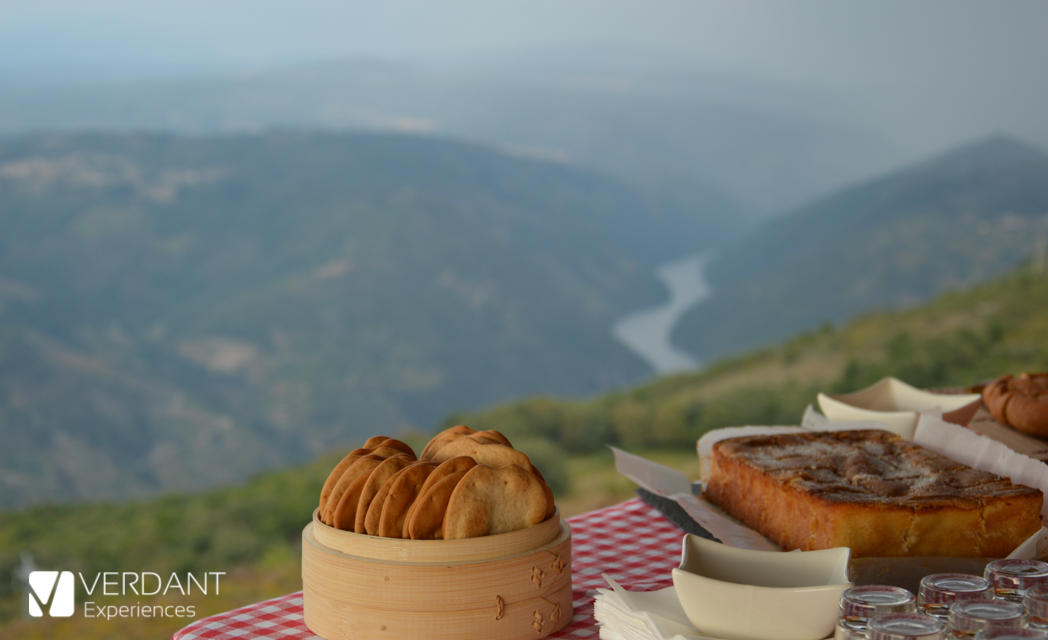 The battle about the etymology of Ribeira Sacra is still not finished among historians. While some defend the theory that the name comes from Rivoyra Sacrata (Ribeira Sacra) (due to big number of monasteries and churches on the river banks), others believe that this is a mistranslation of the term and the correct origin is Rovoyra Sacrata (Robledal Sagrado- Sacred oak grove); term probably linked to the Celtic tradition of venerating trees. Whichever wins, the most impressive monasteries and churches of the peninsula are settled on the river banks of the main rivers of Ribeira Sacra, Sil and Miño, surrounded by native forests, forming the largest concentration of rural Romanesque in Europe. 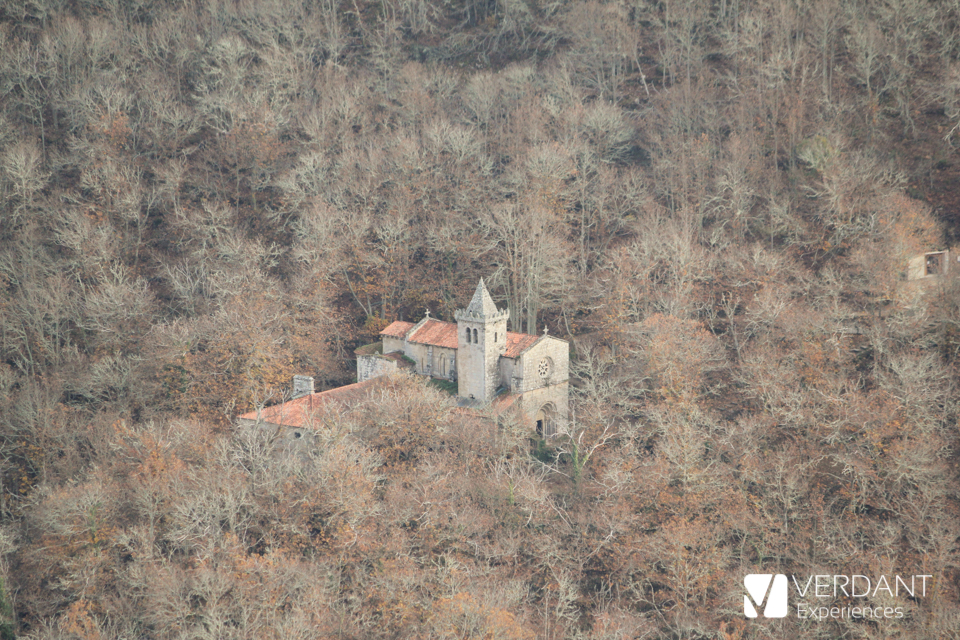 Monasteries literally built on the rock (San Pedro de Rocas) or treasures that have been nicknamed based on great works of art known throughout the world. The impressive wall paintings of the church of Santa María de Nogueira de Miño, called the "Galician Sistine Chapel" or the Colegio de los Escolapios, nicknamed "El Escorial Gallego" (famous monastery in Madrid), are a few examples. 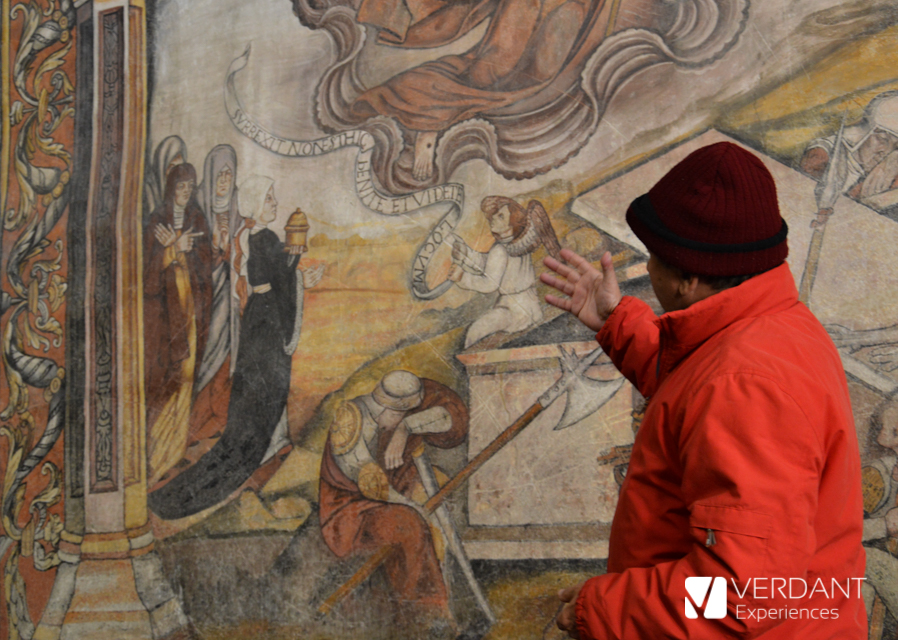 Probably the most unknown aspect about this region. In Ribeira Sacra we can find geological formations (Campodola-Leixazós folding in Courel Mountains Geopark) or volcanic remains that are more than 500 million years old. We also have the opportunity to delight ourselves with capricious granite formations that emerged 50 million years ago (Penedos de Moura) or with impressive glacial lagoons such as Lagoa de Lucenza. And what about the Sil river Canyon! That impressive deep valley will leave you speechless. 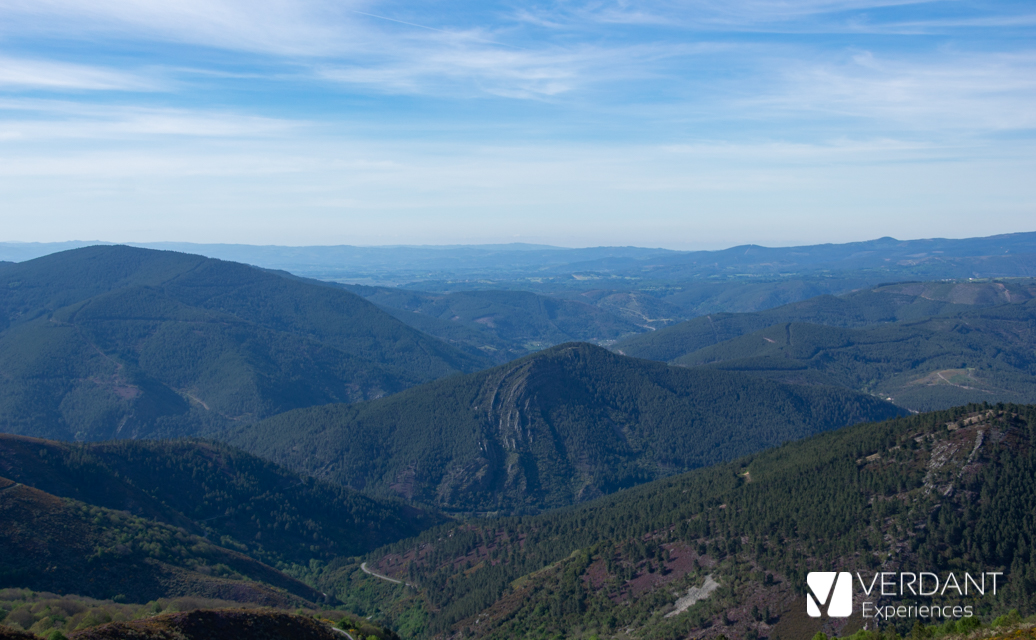 But it does not end here ... We still have to tell you other 5 reasons why we believe that Ribeira Sacra should  become a World Heritage Site. If you want to know them, pay attention to our blog; we will tell you soon...